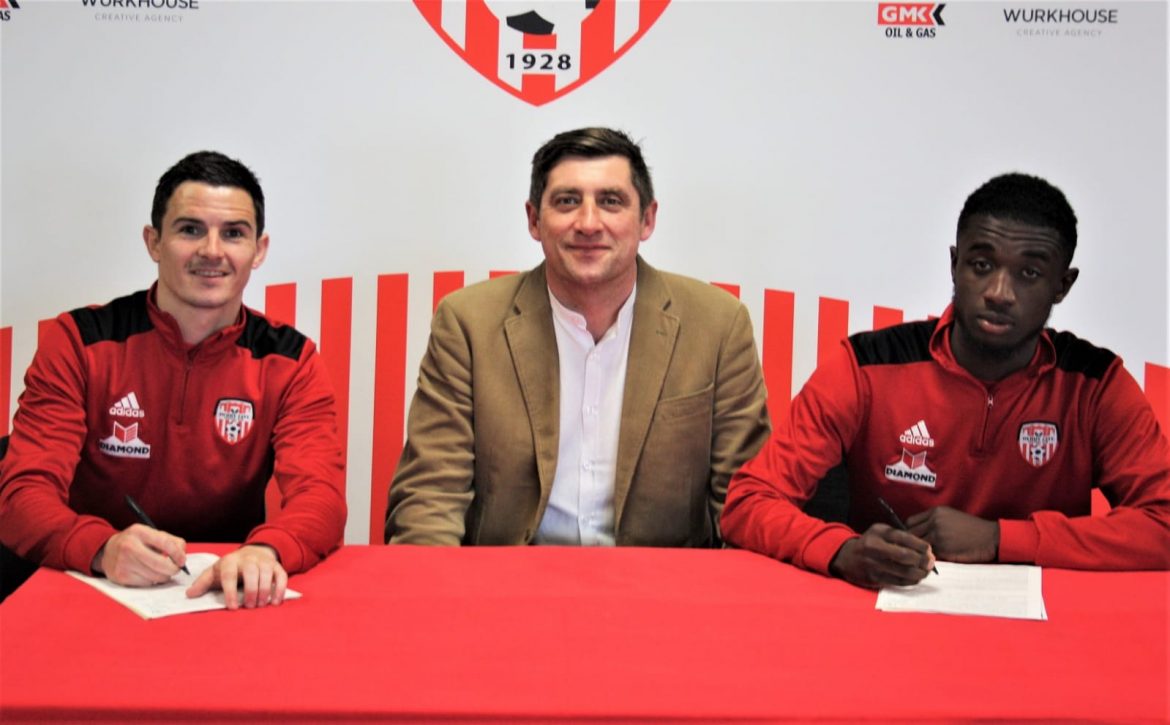 Ciaran Coll has put pen to paper for another season at Derry City, who have also confirmed the extension of Junior Ogedi-Uzokwe loan deal.

Coll signed for City from rivals Finn Harps in December for the 2019 campaign and proved a huge hit among the Brandywell faithful.

The 27-year-old scored his first Derry City goal on Saturday night as the Candystripes came from behind to get a draw at Shamrock Rovers.

Derry were 2-0 down when Trevor Clarke and Jack Byrne netted on 52 and 55 minutes for Rovers.

The St Johnston man pulled one back for Declan Devine’s side before he had a big chance to make it 2-2, but hit the side-netting.

And Junior, who has made 20 appearances for City this season, scoring three times, has signed a loan extension with the Lone Moor Road outfit until the end of the season.