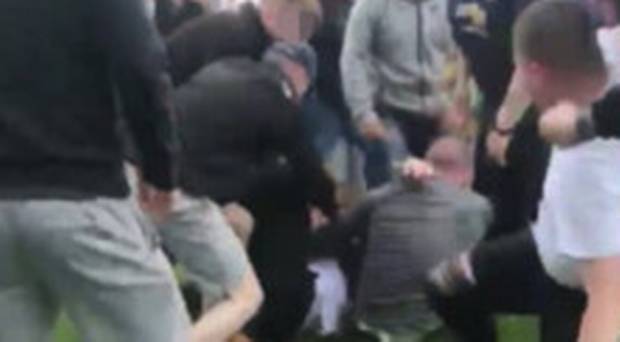 THE PSNI have appealed to community leaders in Derry to use their influence to ensure “calm” following multiple incidents in the city.

Officers are investigating a case of erratic driving, an assault in which a teenage boy sustained puncture-type wounds to both of his shins and a case of criminal damage.

There was also an altercation in the Bligh’s Lane area where up to 50 youths drinking alcohol congregated.

However, no report was made to police.

District commander Supt Gordon McCalmont said: “”As we head further into the weekend, I would appeal to leaders in the community to use their influence to do what they can to ensure our streets are calm and our people stay safe.

“I would also urge any young people who may tempted to get caught up in antisocial behaviour to think twice about their actions which could have serious consequences and a long-lasting impact.”

All of the incidents happened within a 24-hour period and are believed to be linked.

The first incident occurred on Friday afternoon at around 1 pm and involved a silver Ford Focus being driven erratically in the vicinity of the City Cemetery in the Creggan area.

It happened after Requiem Mass at St Mary’s Church for Caoimhin Cassidy, the 18-year-old who died after a stolen car crashed in Fairview Road last Saturday, June 1.

On Friday evening, at approximately 17:00, police on patrol came across a teenage boy lying on the grass in the Hollyhall Road area.

He had sustained puncture-type wounds to both of his shins and was taken to hospital for treatment.

In the early hours of Saturday morning, the police received a report of criminal damage after a number of masked men smashed the windows of a property in Culdaff Gardens at around 12.30 an.

Supt McCalmont reassured the community over their safety: “Police in this city routinely work closely and engage with public and political representatives to ensure we do everything we can to keep people safe.

“As the weekend continues we will have a proportionate and appropriate policing response in place and will do all we can to ensure the safety of the people in this city.”