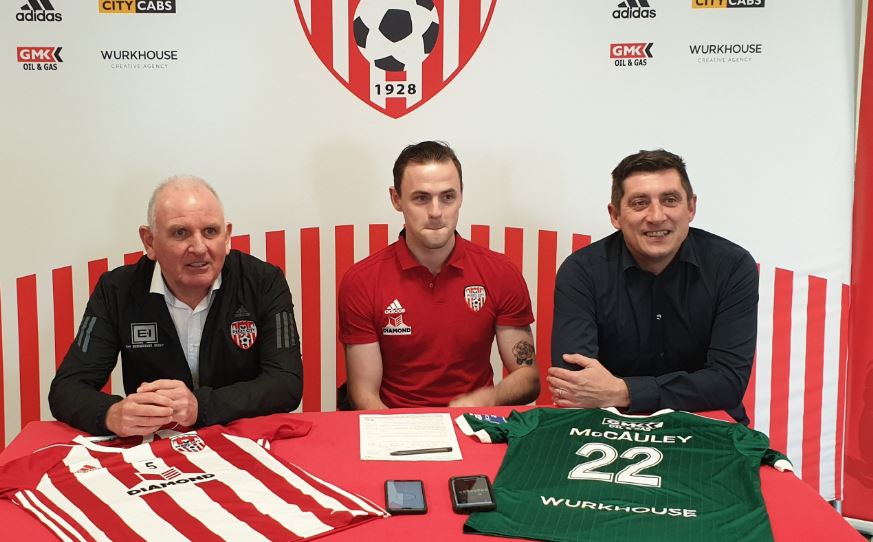 The 27-year-old is returning to his hometown club, where he started his career, after moving to Scotland from Ballycastle Road in January.

McCauley made 17 appearances and scored two goals for the Scottish Championship outfit, having scored 45 goals in 176 games across two spells at Coleraine.

He had held talks with the Candystripes before moving to Inverness in January.

McCauley will be available for selection from July 1st, meaning he will miss Saturday’s match against second-placed Shamrock Rovers.