A CO Derry woman has written an open letter to British Prime Minister Theresa May urging her to address issues of citizenship rights before she steps down as prime minister.

Emma DeSouza, who has faced a four-year legal wrangle with the UK Home Office over her refusal to declare herself British, appealed to Mrs May to allow her and her US-born husband Jake to “finally start our lives together”.

It comes three months after Mrs May announced British Home Secretary Sajid Javid would examine issues surrounding difficulties faced by residents of Irish nationality in bringing family members into the North of Ireland.

She told reporters in February she had asked Mr Javid and secretary of state Karen Bradley to look at ways of securing the rights of Irish citizens living in the north post-Brexit to bring in family members from other non-UK countries to take up residency as “a matter of urgency”.

Speaking at the time, Ms DeSouza from Magherafelt described Mrs May’s statement as a “substantive step in the right direction”.

The couple wed in 2015 and applied for a visa to allow Mr DeSouza to live in Northern Ireland as the spouse of an Irish citizen living in the UK.

As part of the process he surrendered his passport, but they were told that as Ms DeSouza was born in the north, she must reapply declaring herself a British citizen.

Ms DeSouza holds an Irish passport and claimed the requirement undermined her right to be an Irish citizen under the Good Friday Agreement.

A tribunal judge ruled in favour of the DeSouzas, but the Home Office was granted permission to appeal.

Ms DeSouza said they are awaiting the outcome of the Home Office review and urged Mrs May to release it before she leaves Downing Street.

“We were grateful for the pledge to work with the Home Secretary and secretary of state for Northern Ireland on resolving these outstanding issues and I am aware and empathetic to events that have unfolded in Westminster during these last few months,” she said.

“But we are still waiting, every day that passes is a day too long for those of us waiting for answers, for security, for the fulfilment of our rights.

“I was due in court this week, due to stand and defend every moment of my life that my Irish identity was evident. I implore you to bring an end to this infringement of rights. 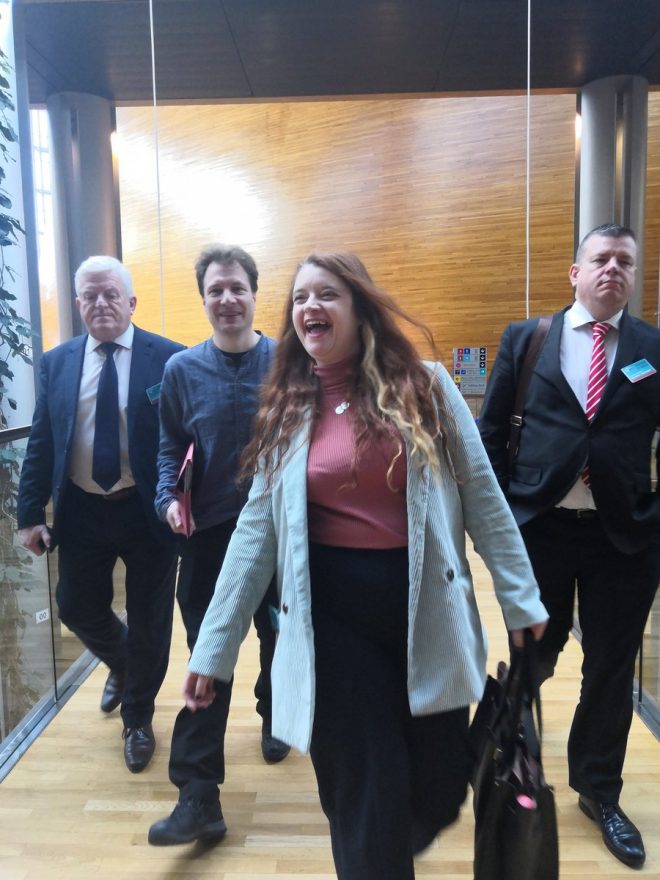 “Our case was adjourned, a second adjournment from the Home Office.

“It’s now been 16 months since the department appealed against a decision in our favour, a decision in favour of the Good Friday Agreement. I ask that you don’t let another 16 months pass.

“This has been four years, the first four years of our marriage, we would like to finally start our lives together as would so many others.

“Whilst your time as Prime Minister is ending, your time to help the people of Northern Ireland is still there.

“Take it and release the Home Office review,” she added.

Emma DeSouza urges Theresa May to address citizenship rights before she quits was last modified: June 6th, 2019 by John