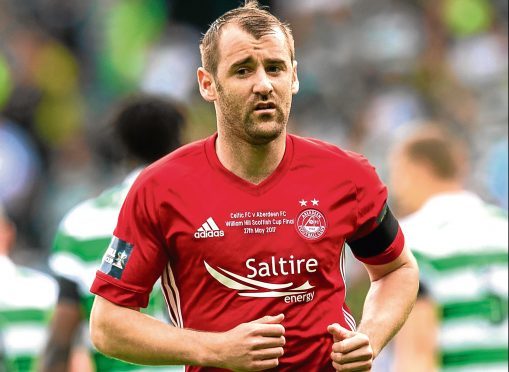 Niall McGinn coming to launch of Foyle Cup this weekend

ABERDEEN FC and Northern Ireland International winger Niall McGinn will be the Guest Of Honour at the official launch of the 29th International O’Neills Foyle Cup which will be held in Derry this weekend (Sunday, 9th June 2019 at 3pm).

Niall, who played youth soccer in the Foyle Cup with Dungannon Swifts before signing with Derry City and subsequently both Celtic and Aberdeen in the Scottish Premiership, will join guests at a gala press launch in the Waterfoot Hotel on Sunday afternoon.

Speaking ahead of the launch, the 31-year-old winger with The Dons, said he was honoured to be invited as this year’s Guest of Honour, especially as the Foyle Cup had been a pathway to his own professional football career which has also included notable spells with London club Brentford FC and Gwangju FC where he was the first Irish player signed for a Korean club.

Niall, who was part of the Derry City side who won the League of Ireland Cup in 2008, said: “I am really looking forward to returning to the banks of the Foyle this weekend to be part of the launch of this fantastic tournament which gave myself and many other local kids the opportunities to progress into professional football in clubs both at home and abroad.

“The O’Neills Foyle Cup has grown in status for almost three decades to become highly renowned and respected not just throughout Ireland, Britain and Europe but internationally.

“This annual festival of football which attracts hundreds of junior clubs from across the globe including an increasing number from the U.S., is a golden opportunity for young players to showcase their talents to scouts from top flight cross channel clubs and overseas.”

The O’Neills Foyle Cup will take place in the Derry, Strabane and Causeway Coast & Glens Council areas from July 22nd- to July 27th 2019 with a record 400 plus teams from across Ireland, the UK, mainland Europe and the U.S. competing in this year’s flagship event which includes a spectacular parade through the historic Walled City on July 23rd.

With the tournament now just weeks away from kick-off, Michael Hutton, founder and Chairman of the O’Neills Foyle Cup organising committee, said excitement is already building for one of the largest international youth soccer events in Ireland which is also a major economic driver for the north west with accommodation on the banks of the Foyle and neighbouring areas heavily booked for the week of the tournament.

He said: “We are very excited to be launching the O’Neills Foyle Cup this weekend with Northern Ireland International Niall McGinn attending as Guest of Honour.

“We are delighted that Niall is taking the time out from his busy schedule to join us on Sunday, having just travelled back from San Francisco following rehabilitation for his recent ankle injury. 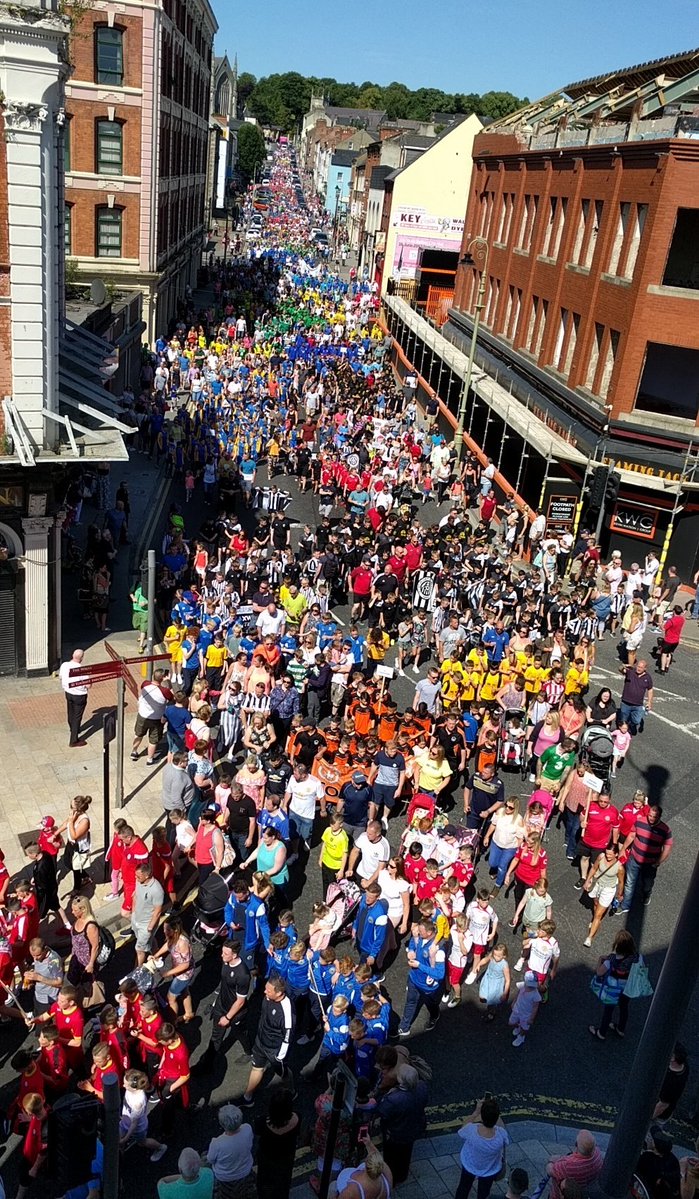 The fabulous spectacle of the Foyle Cup parade

“It’s always great to have a Guest of Honour who has come through the Foyle Cup ranks themselves and appreciates the important role this tournament has played in helping young players achieve their dreams of playing top flight football with both local and cross channel clubs.

“Niall is a great example to all young footballers of what can be achieved in their careers as a professional footballer currently with Aberdeen FC and previously with Celtic also in the SPL, Derry City, Brentford and South Korean club Gwangju FC having come through the ranks with Dungannon Swifts in his own home town.”

The O’Neills Foyle Cup launch will be attended by the Mayor of Derry City and Strabane District Council, Councillor Michaela Boyle together with invited guests including coaches and players from a number of the teams taking part in this year’s event.