Family of Caoimhin Cassidy left ‘devastated’ over his death in car, says priest

Caoimhin Cassidy had not been seriously injured in the crash, police have said. PIC CREDIT: PSNI

THE family of Caoimhin Cassidy whose body was found inside a burning car in Derry have been left “devastated” over his death, a local priest has said.

Police said they believed the 18-year-old Caoimhin Cassidy from Creggan was “most likely still alive when the blaze started”.

His body was found in the stolen red Mazda 6 saloon car in Fairview Road in Galliagh on Saturday morning, after it had crashed into a lamp-post.

Fr Joe Gormley said Mr Cassidy was “trying to leave his past behind him”.

His family has been left devastated,” Fr Gormley added.

“Caoimhin was trying to leave his past behind him and was receiving a lot of help. People in Creggan are very sad for the Cassidy family today.

“I knew Caoimhin because his granny isn’t well and I visited her to give her communion.

“This is a huge tragedy.”

“The family has been trying to piece together what happened over the past few days. It was only confirmed that it was Caoimhin in the car yesterday.

“There was a strong suspicion it was him, but things have to be formalised.”

A post-mortem examination revealed Mr Cassidy had not been seriously injured in the crash and died after the car caught fire.

Police want to speak to anyone who may have been with the teenager when he died.

They said the car was stolen from a house in Oakfield Crescent earlier on Saturday morning.

Strand Road based Detective Inspector Michael Winters said: “The body of 18 year old Caoimhin Cassidy was located inside a red Mazda 6 which had crashed on the Fairview Road during the early hours of Saturday 1 June.”

The teenager had been missing since last Friday and police launched a missing persons appeal for him.

“Initially it was believed that the car had caught fire as a result of the collision.

“However, the results from the post mortem examination tell us that Caoimhin was not seriously physically injured as a result of a crash, and was in fact most likely still alive when the blaze started.

“Our enquiries to date have established that the Mazda 6, registration NHZ4594 was stolen from a house in the Oakfield Crescent area earlier that same night.

“The car is known to have crossed the border into County Donegal a number of times before it was reported on fire at Fairview Road at 4.15am.

“We are appealing for the public’s help in determining the movements of the vehicle during the early morning hours of Saturday 1 June. We also need to urgently identify any individuals who may have been with Caoimhin on that fateful night.

“This was an appalling end to a young life and Caoimhin’s family and friends deserve to know how he died.

On Monday night his partner expressed her devastation at learning of his death. 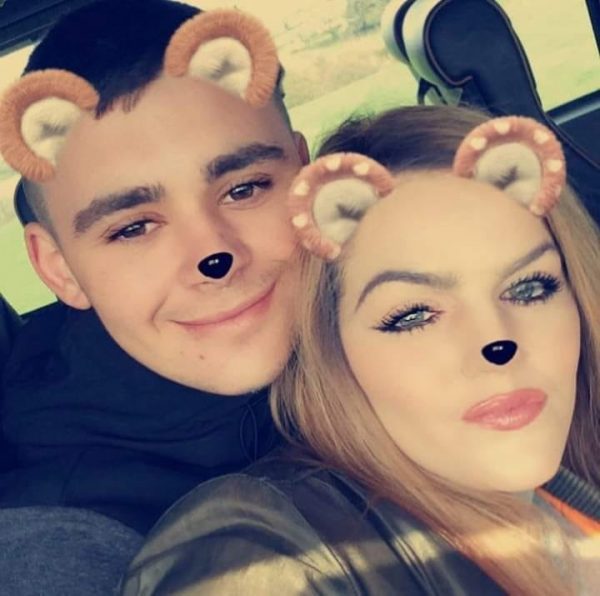 Raychel Anne Smith McLaughlin posted on Facebook: “My nightmare has become reality 😥 no words can describe how i feel at the minute’.

Family of Caoimhin Cassidy left ‘devastated’ over his death in car, says priest was last modified: June 6th, 2019 by John