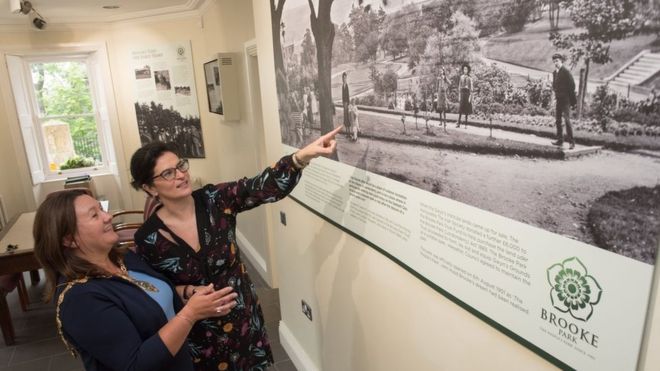 The Mayor of Derry and Strabane Michaela Boyle, explores the exhibits with Emma Barron, parks manager

A GATE Lodge at one of Derry’s most popular public sites has been opened to the public for the first time in its 179-year history.

The building at Brooke Park opened on Saturday following a major refurbishment with an exhibition detailing the story of the Victorian park which overlooks Derry city centre.

Stretching from Rosemount to St Eugene’s Cathedral, Brooke Park is the largest green area within the inner city area.

It was opened in 1839 as a “people’s park” with lawns, walkways and an attractive Victorian fish pond.

It was also home to Derry’s first orphanage, Gwyn’s Orphanage for Boys.

The park was originally bequeathed to the city by philanthropists John Gwyn and James Hood Brooke. 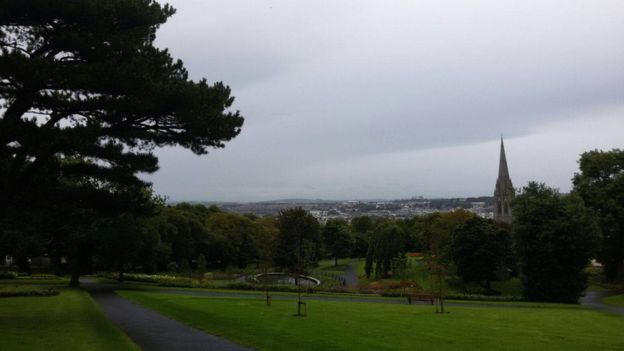 For many years the orphanage building served as the main library in the city as well as a home for education authorities.

However, the park fell into disrepair during the Troubles when the grounds were taken over by the British army after their deployment in the city in 1969.

The Gwyn’s Institute building became a frequent target of paramilitaries and was eventually destroyed in a fire before it was demolished.

He left the bulk of his wealth for the establishment of an orphanage in Derry.

The grounds to the orphanage, known as Gwyn’s Institute, included grass terraces, a pond, rose garden, shrubberies and boundary planting, a kitchen garden and orchards.

She said the exhibition gives the public a real opportunity to learn more about the park. 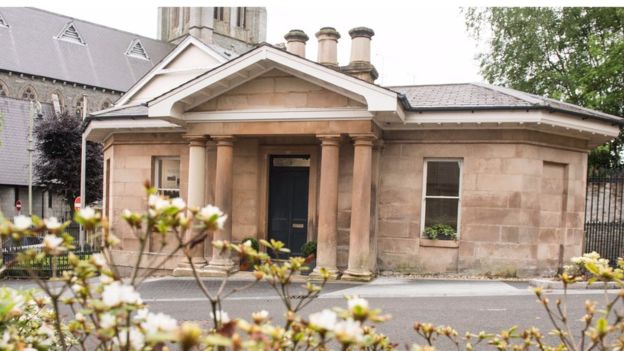 The exhibition runs at the gate lodge until 31 August

“Anyone who comes from the city has fond memories of Brooke Park – or the People’s Park as it was known – and this is a great chance to share its history with the visitors who come to enjoy the features, including the Victorian oval pond, which have been so beautifully restored over the past few years.”

The exhibition runs until Wednesday, August 31.