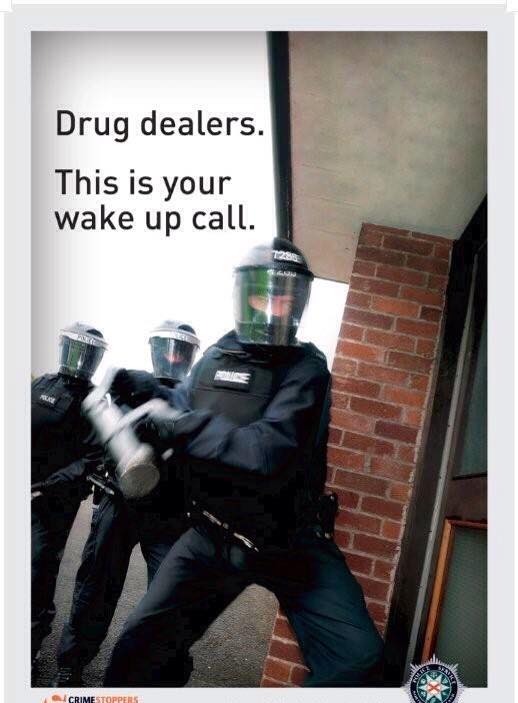 A drug dealer’s lot is not a happy one particularly when he is shopped by the local community to police.

And police in Derry say the arrest of the man, along with his stash of drugs and a substantial amount of cash just shows what can happen when the community works in partnership with local officers to put dealers out of business.

PSNI Foyle say on its Facebook page: “Policing is a topical subject and most people have an opinion on what we do and how we do it.

“When on patrol we often here things like “why don’t you go catch real criminals” or “have you nothing better to do”.

“The reality is we can only deal with the next thing we detect or sent to.

“With this in mind there is no doubt that the best results are achieved when the community engage positively with us.

“We recently had a great example of this collaborative work.

“Ballyarnett Npt were asked to return items to local businesses. Not the most exciting task but sure it has to be done.

“Off we set to the Faustina Retail Park, Buncrana Road.

“Upon entering the area we get information that staff and members of the public believe a male is dealing drugs in the car car park.

“This is more like it, so without hesitation we immediately approach and speak with the male sitting in the drivers seat of the vehicle identified.

“This male is not quite as happy to see his local neighbourhood officer magically appear at his drivers window.

“Initially, he explains that he is waiting on his wife who is shopping nearby.

“However, when police point out the communities concerns he confirms he has drugs in his car and cash in his pocket. 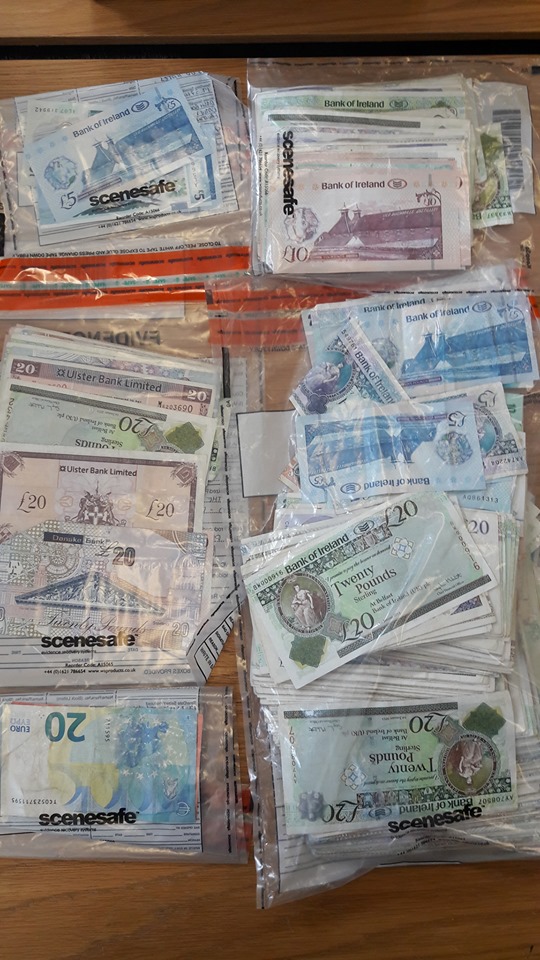 The drugs and cash seized from dealer in Derry

“This male is then arrested for drug related offences and when searched is found to be in possession of £1280 cash.

“His BMW vehicle is then searched and drugs are located.

“These drugs are seized along with the car being used in this illegal activity.

“The suspect is soon in custody and a house search is conducted. More drugs and cash in excess of £6000 are located and seized at this location.

“Police are in the process of building a strong case against this individual and hope that a percentage if not all of the money seized will be returned via the courts to positive community projects within Ballyarnett DEA.

“This should be a timely reminder that when we work together crime does not pay.”

Number is up for Derry drug dealer after tip-off from local community was last modified: May 24th, 2019 by John