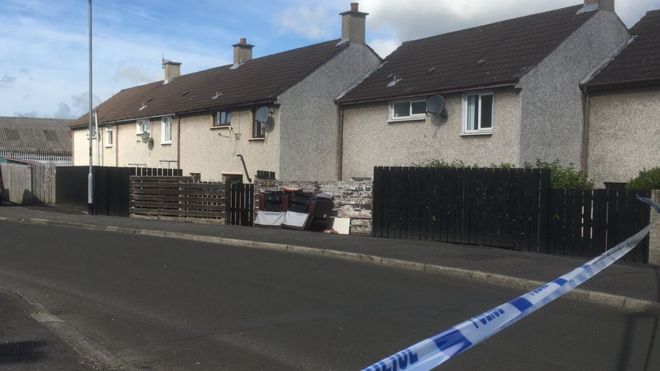 SDLP Leader Colum Eastwood has condemned those behind a pipe bomb attack in the Waterside area of Derry.

Police said they received a report shortly before 9:55 pm that earlier, around 6 pm, a young boy had lifted the remains of the device from the garden of a house in the Curlew Way area of Clooney.

A mother and her three young children lived in the property.

The Foyle MLA said: “Those responsible for this reckless attack put lives at risk when they planted a device in a built up area of our city.

“It’s absolutely galling that a child discovered the bomb following the explosion.

“And it underlines the tragedy that we could have been dealing with this morning.

“People in this city and right across the North have rejected violence.

“The events of the last month have seen a vocal recommitment on behalf of the people of Derry to reject those who deal in the politics of death, destruction and mayhem.

“We are not going back.”

Cllr Martin Reilly who was at the scene this morning added: “People here are shocked and angry.

“The news that a young child discovered this pipe bomb has sent a chill through the local community. People want an end to this reckless violence.

“I would appeal to anyone with information to come forward to the police as soon as possible.”

Detectives have appealed for information about the attack.

Detective Inspector Michael Winters said: “Our enquiries are at an early stage, however, it appears at this time the device had detonated prior to it being lifted by the young boy.

“While this was not a live device, the fact a young boy found it and lifted it shows the blatant disregard by those responsible for leaving it there.

“It was completely reckless.

“I want to appeal to anyone who has information about this to contact detectives at Strand Road on the non emergency number 101, quoting reference number 2084 of 21/05/19.”

Detective Inspector Winters added: “I also want to take this opportunity to remind the public if anyone comes across anything suspicious, please call police immediately.”