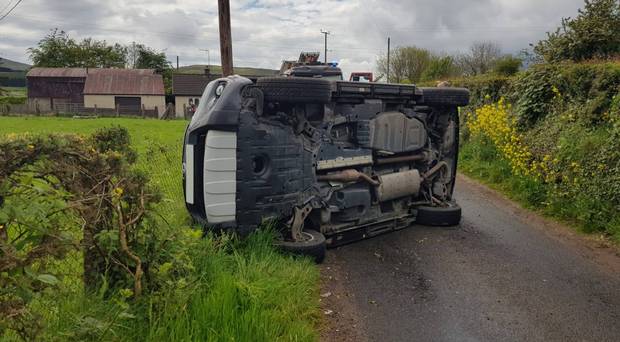 THE emergency services “risked their own safety” to provide first aid to a suspected drunk driver after a crash in Co Derry.

“Crews also risked their own safety by climbing into the car to provide first aid to the clearly drunk driver after he rolled it,” and officer said.

“As well as a needless waste of our resources, a fire service crew were also required to cut the driver out.

“Someone is going to die as a direct consequence of these selfish individuals – and it’s rarely the drunk driver.

“We are constantly catching and arresting drink drivers and thereby preventing collisions, but it isn’t possible to catch them all.

“It may sound like a stuck record but the mindset urgently needs to change.”

Locals say that shortly before the crash, three women were seen walking down the same road.

One said: “It’s only by the grace of God they didn’t meet this lunatic.”

Police warning after suspected drunk driver cut out of car in Co Derry was last modified: May 21st, 2019 by John