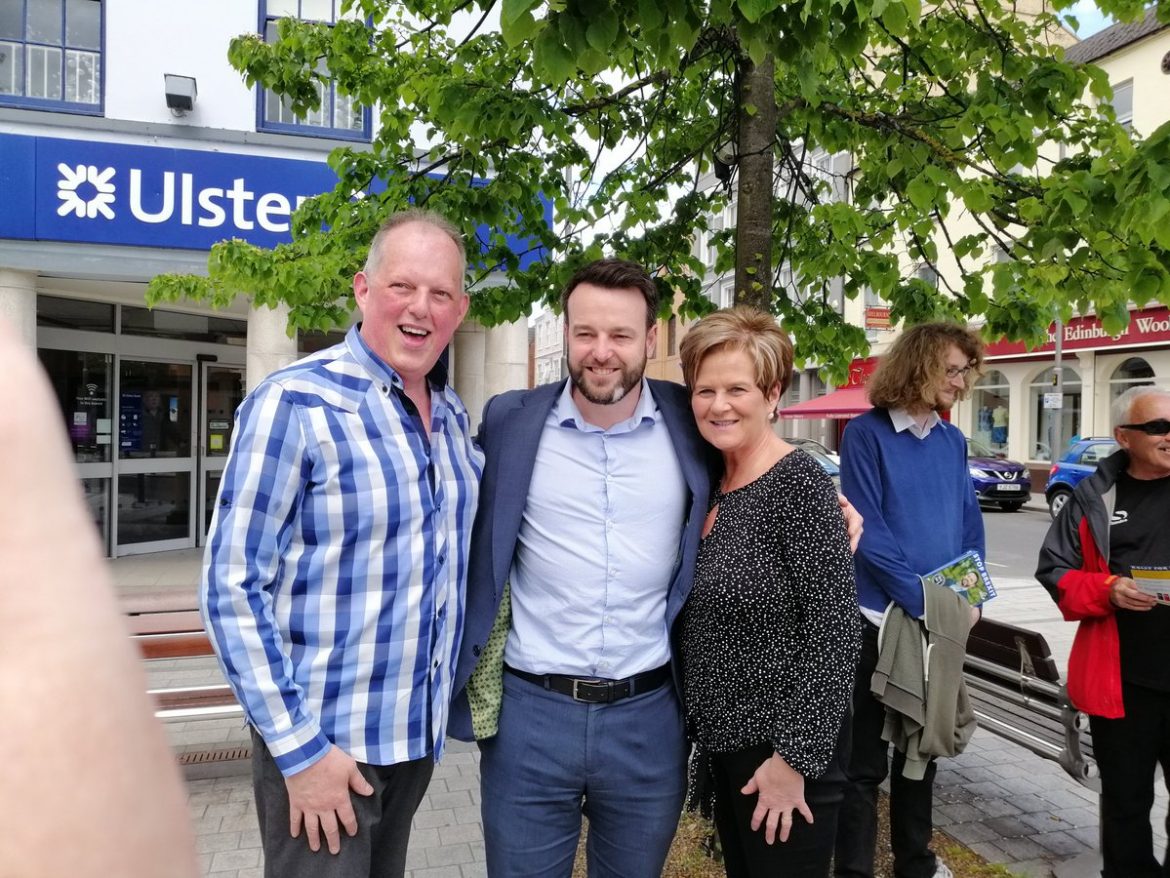 SDLP European election candidate Colum Eastwood has called on people to grasp the opportunity to stop Brexit ahead of Thursday’s vote.

The SDLP Leader has asked voters from all traditions to lend their votes to the party to send a strong message to the Brexiteers.

According to the latest LucidTalk poll, Mr Eastwood remains in third place and in pole position to take the final seat.

There are three seats up for grabs with the Sinn Fein and DUP expected to take two of the seats.

The third and final seat will be a fight between the SDLP, Ulster Unionist Party Candidate Danny Kennedy and Naomi Long of the Alliance Party.

The Foyle MLA said: “For three years now, Northern Ireland has been at the centre of the Brexit debate.

“An issue ignored throughout the referendum has dominated discussions between the British Government and the European Union.

“In spite of our central role, it is a source of massive frustration to people across Northern Ireland that our voice has been silenced and our interests sidelined throughout this process.

“Worse than being silenced, however, our position has been distorted by the DUP in its search for influence with the Conservative Party.

“We can bring that to an end. We can restore our influence in Europe and we can send a clear message to the DUP, Nigel Farage, Boris Johnson and the rest of the Brexiteers. We voted to remain, we are sending two remain MEPs to the European Parliament.

“We will not be sidelined any longer.

“The latest polls show that the SDLP is in pole position to take the third seat in the European Parliament.

“We are poised to take John Hume’s seat back.

“I’m calling for that cross-community coalition that delivered the remain result to come together again.

“Even if you don’t normally vote for the SDLP, lend us your vote in this election. Send a message to those who have ignored and distorted the position of Northern Ireland.

“Take back control of our future,” added the SDLP leader.