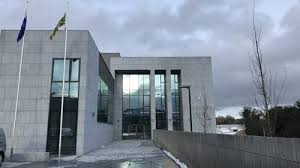 A man who threw a beer bottle out of a car and hit a van as it passed it out has been fined €200.

Father-of-two Adam McGonagle appeared at Letterkenny District Court in Co Donegal after being caught by Gardai.

The accused and another man were in a Vauxhall Corsa which was travelling from Bridgend to Buncrana on May 15th last.

As the car in which McGonagle was a passenger overtook the van he threw the beer bottle out of the window striking the van.

Detective Garda Jason Conroy said the van had superficial damage but that the driver had to stop because he was in shock.

The incident was reported to Gardai who later pursued the vehicle as the men tried to flee across the border to neighbouring Derry.

However, Gardai managed to stop the car and arrest the pair before they reached the border.

Solicitor for McGonagle, Mr Frank Dorrian said his client was a 24-year-old father-of-two who worked in London as a labourer.

He had been drinking earlier in the day in Derry, was intoxicated but had apologised for his behaviour.

He described it as a “folly from beginning to end” but that it was a very serious situation which he now found himself in.

The court heard that McGonagle of Brent Terrace in London had 13 previous convictions in Northern Ireland for various incidents including the possession of an offensive weapon, threats to kill, no insurance and disorderly behaviour.

Judge Paul Kelly said McMonagle’s behaviour was “deplorable and unacceptable” and fined him €200.

Derry man who threw beer bottle at passing van in Donegal is fined €200 was last modified: May 21st, 2019 by Shaun Keenan