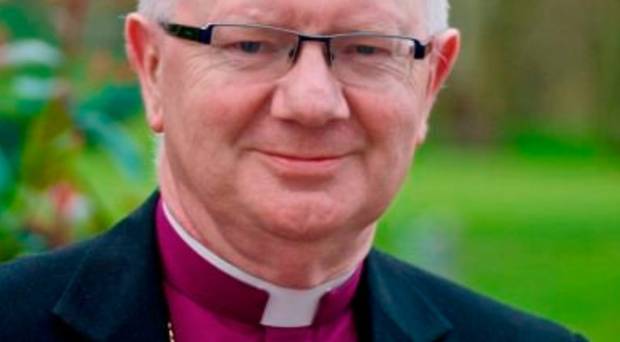 CHURCH of Ireland Primate Archbishop Richard Clarke has underlined the challenges facing the Church in general and also the people of Derry.

He was addressing the 500 members from all over Ireland gathered for the annual General Synod at the Millennium Forum in Derry yesterday.

The synod is the legislative and governing body deciding on legislation for the Church.

Committees present reports which are then debated by synod members.

This is the first time in its 150-plus year history that the synod is being held in the Maiden City.

The event comes just weeks after the murder of journalist Lyra McKee in Derry.

Archbishop Clarke referred to the trauma of recent times.

He said: “We cannot but be aware of the challenges and the great sadness that recent events in this city have brought to its people, and they are indeed in the prayers of us all.

“Our prayer is that, as this city has in so many ways demonstrated to us over the past years, there is a wholesome way forward following decades of division and violence, so the people of Derry/Londonderry will be enabled to show us again what can be done for the good of all the people of the city, and the whole country.”

The archbishop warned that the world “is hurtling forwards into a very different and somewhat menacing future”.

He added: “Men and women feel that they have been stripped of their dignity and have become deeply resentful of what they perceive as corrupt and unaccountable elites who are taking their dignity and identity from them.”

He also warned how anger is consuming society.

“We all on this island can too easily be carried along mindlessly on a wave of popular and populist emotion where mantras and knee-jerk sound bites are replacing reasoned, respectful and nuanced discussion,” he said.

“In the public square, anger has too often replaced decency, and a binary ‘black and white’ polarisation has replaced any supple, generous and complex discourse.

“Christians cannot opt out of what is happening around them, privatising their religion so that it has no function other than ensuring their individual salvation.”

The archbishop also warned about “a fourth industrial revolution”, where “machines can increasingly do most of what needs to be done for humans, and where humans are becoming ever less necessary for production, or the wellbeing of others”.

Earlier yesterday at the synod’s communion service in St Columb’s Cathedral Bishop Ferran Glenfield of Kilmore claimed that “the tide is going out” for Christianity in Ireland, adding that “denominations like ours are in retreat”.

“Hope is in short supply, and is there any word of encouragement?” he said.

“There is in the Gospel of God, in Christ alone, by faith alone, through Grace alone.

“Wickedness, folly failures, rebellion, guilt and shame, envy, lying and cheating all gone, for the blood of Jesus Christ cleanses us from all sin.”

During the three-day meeting the members will consider a wide range of subjects.

These will include the persecution of Christians in other parts of the world, liturgical developments, suggested restructuring of the General Synod, the possible amalgamation of two dioceses in the Irish Republic, and marking the 150th anniversary of the disestablishment of the Church of Ireland.

Church of Ireland leader warns of ‘menacing’ future at meeting in Derry was last modified: May 17th, 2019 by John