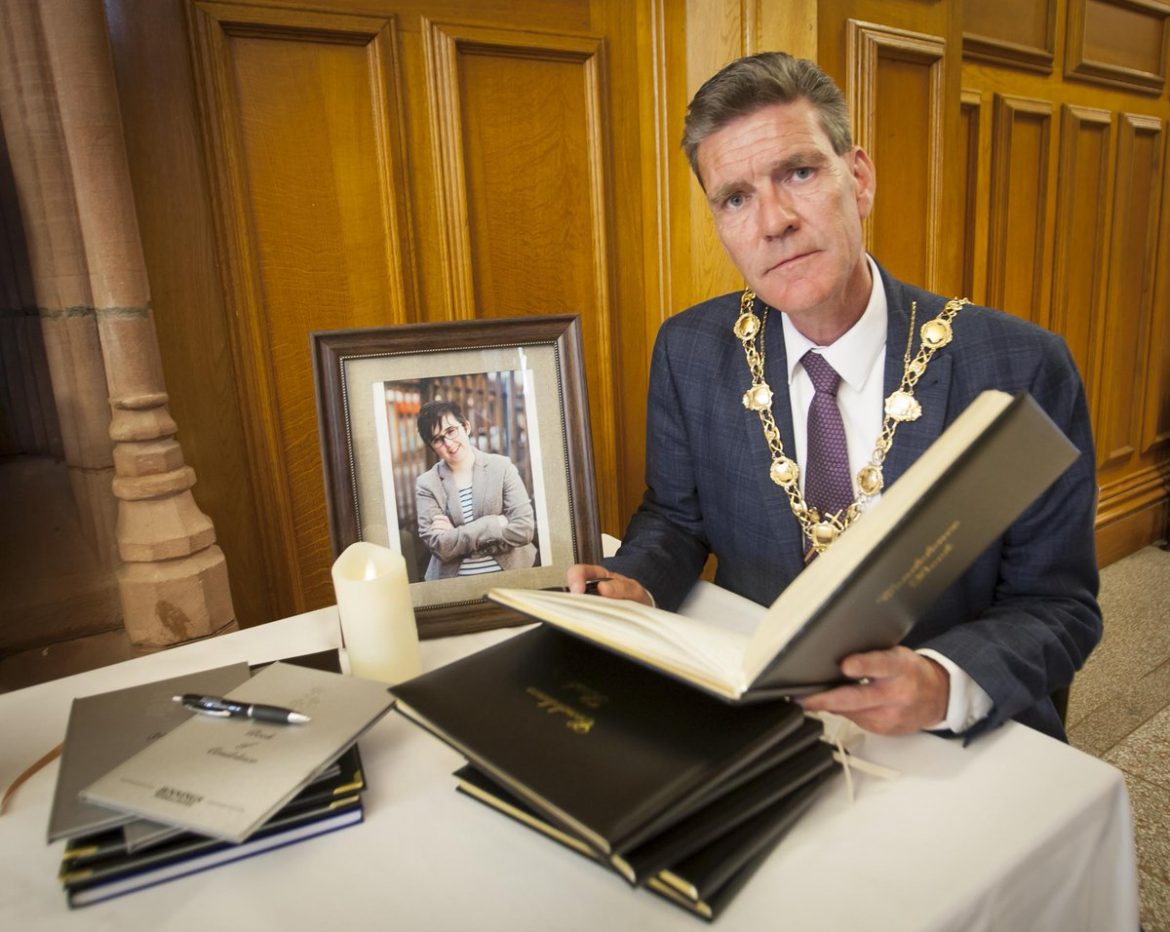 Mayor to deliver book of condolence to Lyra McKee family 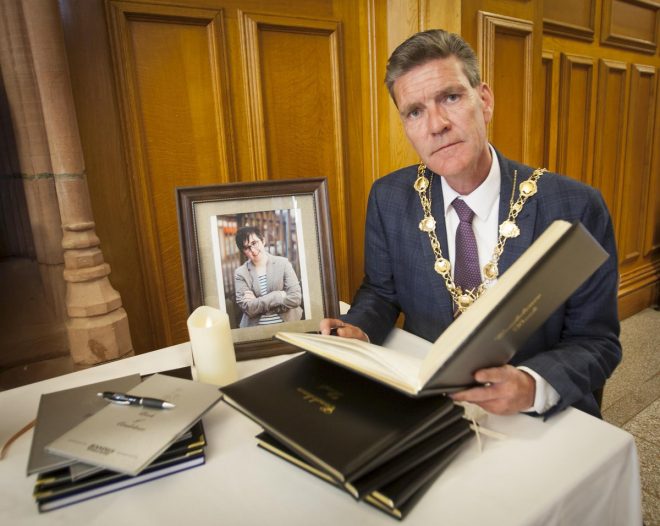 THE Book of Condolence for murdered Lyra McKee will be handed over this weekend to her family by the Mayor of Derry City and Strabane District Council, Councillor John Boyle.

The 29-year-old was shot dead by the New IRA while observing riots in Creggan on Thursday, April 18.

In wake of her murder, Mayor John Boyle, who was a personal friend of Lyra after teaching her media studies when she was a teenager, opened a Book of Condolence to her at the Guildhall.

Several thousand people personally signed the book or an online version expressing their sorrow and their outrage at her barbaric murder.

Mayor Boyle said today: “The Book of Condolence for my friend, murdered journalist Lyra McKee, has now been closed.

“I will personally deliver your kind and thoughtful messages to Lyra’s family in Belfast at the weekend.

“Your kindness will provide them with some comfort at this difficult time.”

Mayor to deliver book of condolence to Lyra McKee family was last modified: May 17th, 2019 by John