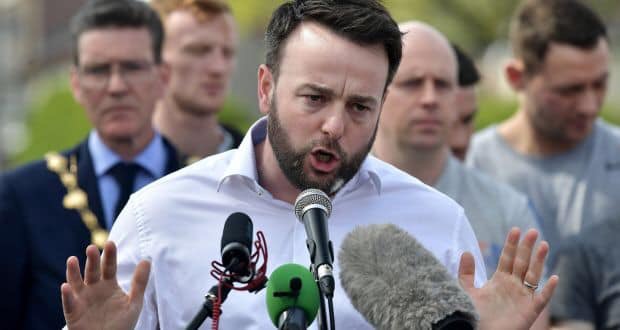 SDLP leader Colum Eastwood has said that legislation to implement the recommendations of the Hart report, including providing victims of historical institutional abuse with compensation, should be advanced immediately.
He said:

“Throughout the Hart inquiry into historical institutional abuse, victims and survivors recounted horrific experiences of mental and physical abuse they were forced to endure over the course of decades,” said the Foyle MLA.

“Their dignity and strength has been immense. It should be matched by government.

“It is a matter of profound regret that we have been unable to address the recommendations of the Hart report in an Executive.

“I tabled a motion before the collapse of the Assembly with Mike Nesbitt calling for these recommendations to be implemented in full, including compensation for victims.

“How can we look these people, who have suffered so much, in the eye and say we are unwilling to put our shoulders to the wheel to support them now?

“The Secretary of State should act on the initiative taken by the Head of the Civil Service. It’s time to deliver for victims and survivors.”

Eastwood repeats call for implementation of Hart report was last modified: May 10th, 2019 by John