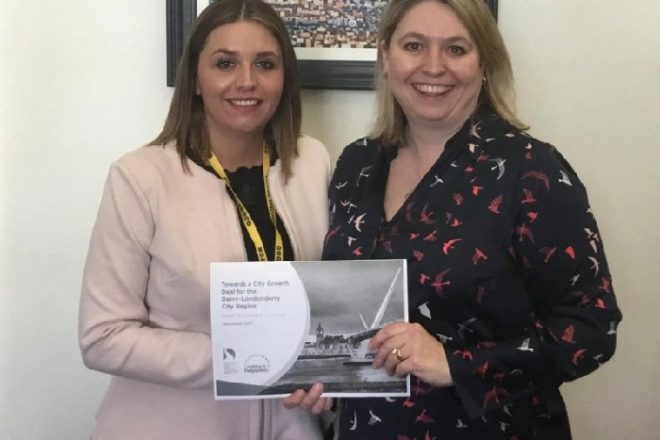 SINN Féin’s Elisha McCallion has said both the British and Irish governments must ensure the inclusive growth deal for the north west is properly resourced.

On Tuesday, the British government announced a £105 investment package for the North West Region for the Derry City and Strabane District Council area.

The package is to be discussed at a British-Irish intergovernmental conference today, Wednesday, May 8.

“The fact that the need for investment in the north west will be discussed at Wednesday’s meeting of the British Irish Council is to be welcomed.

“The funding package announced by the British government today represents a good start to address the needs of Derry and the wider north west city region but it needs to go further if the region is to reach its potential.

“We need to see the Irish government stepping up and providing a similar commitment, particularly in terms of key infrastructural projects.

“Today I will also be convening a meeting of key stakeholders from across the city with officials from the civil service in the north to push for the match funding required to take the economy of the north west forward and create new opportunities for our young people,” added the former Mayor of Derry.