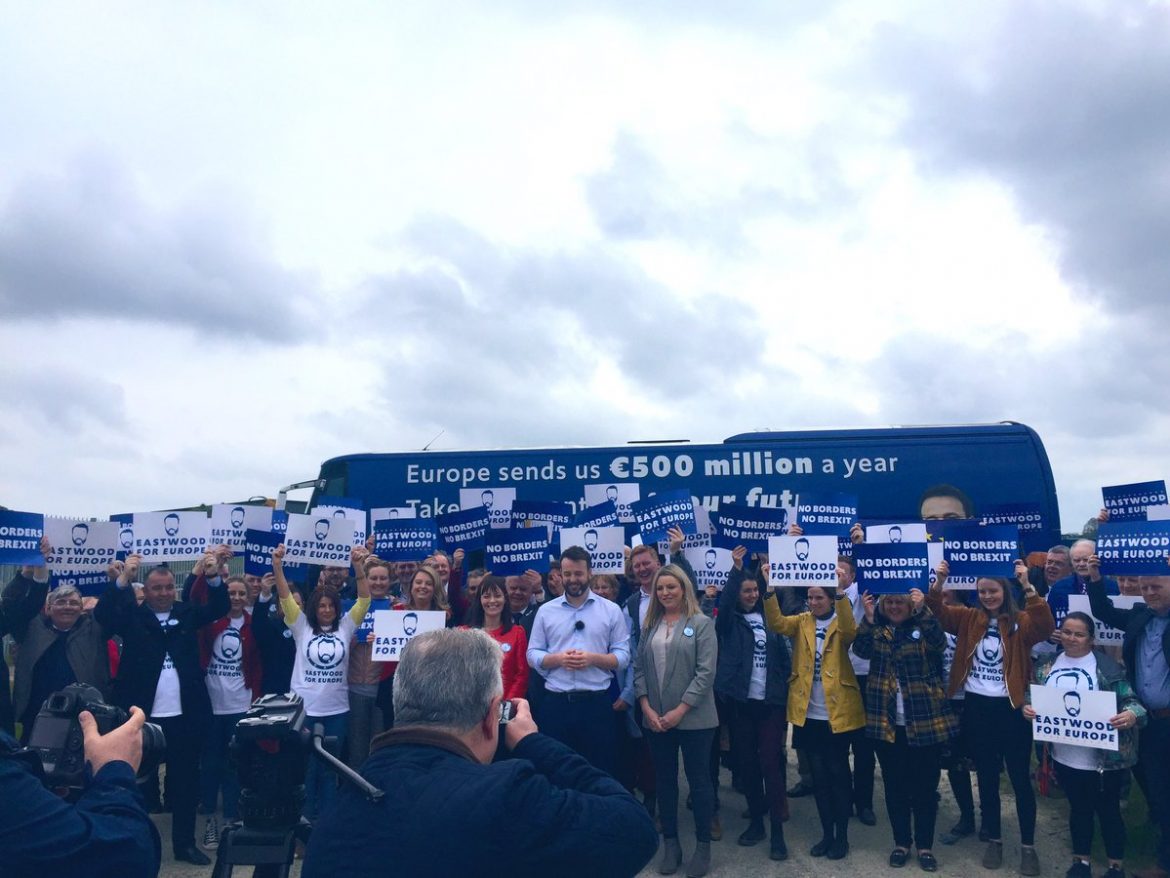 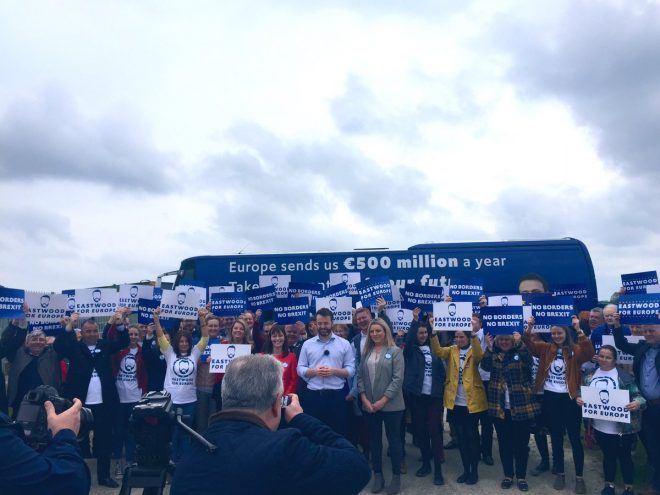 The Foyle MLA unveiled his anti-Brexit Battle Bus on the Derry/Donegal border today correcting the lies spread by the Brexiteers.

Speaking at the border, Colum Eastwood said: “This is a critical election. For three years, the voice of the pro-Europe majority in Northern Ireland has been silenced, sidelined and ignored.

“That ends here and it ends now.

“This campaign is an opportunity to reassert our demand to remain in the European Union.

“The European Union is proof that the simplest of ideas are always the most powerful. After centuries of division and conflict, people across Europe made a lasting choice.

“We decided that bridges work so much better than borders.

“Europe has been a positive and progressive influence on our society.

“It has supported peace and contributed to prosperity across our communities. We do not recognise the Europe portrayed by the baying DUP brexiteers at Westminster because it simply does not exist.

“We need strong voices to take a stand for our farmers and agri-food industry, for our community and voluntary sector, for our cross-border businesses that rely on seamless trade across this island.

“The SDLP was the only party to register to campaign against Brexit, it was the SDLP who first proposed special status for Northern Ireland – the SDLP is the best voice for people here and we are best placed to take this seat.

“No Brexit, no borders, no more,” added the Foyle MLA.