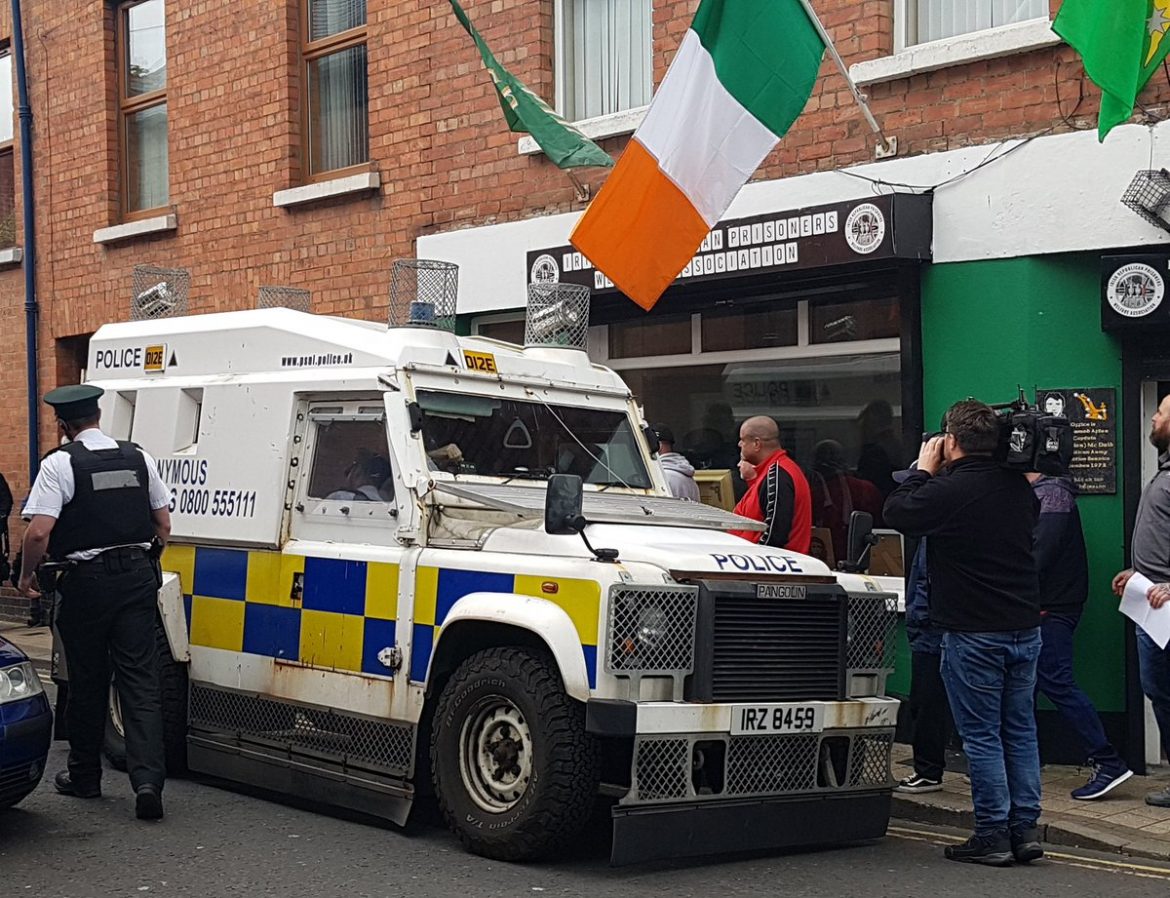 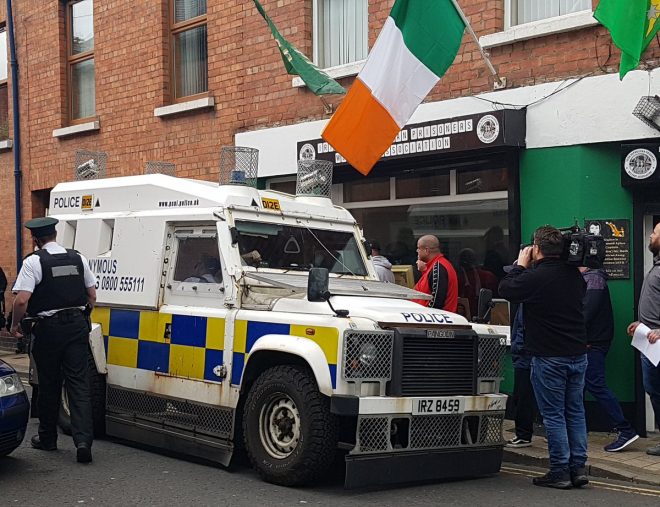 THE PSNI have confirmed that detectives from the PSNI’s Major Investigation Team investigating the murder of Lyra McKee last month have carried out a number of searches in Chamberlain Street in Derry this morning, Tuesday, May 7.

The search centred on Saoradh’s headquarters office at Junior McDaid House close to the Bogside.

Saoradh is the political wing of the New IRA, the dissident republican terror group which later it admitted it shot dead in the 29-year-old on Thursday, April 18 during rioting in Creggan.

A police spokesperson said this afternoon: “A number of items were seized during the search for further investigation.

“No arrests were made.

Saoradh has condemned the search of its premises by detectives from MIT.

The party, which has been given 28 days to quit Junior McDaid House by landlords, said in a statement:

“”Once again the National Offices of Saoradh, Junior McDaid House, is being targeted by British Crown Forces in another heavy handed rapid entry raid.

“Today’s raid comes after a call by pro-establishment parties for British Crown Forces to put in place a tangible plan of action against Republicans.

The criminalisation policy put in place by former Republicans cannot and will not go unchallenged.

“It is clear from recent actions by Crown Force cheerleaders that these calls for action against Republicans is part of the wider strategy to destroy Republican politics.”