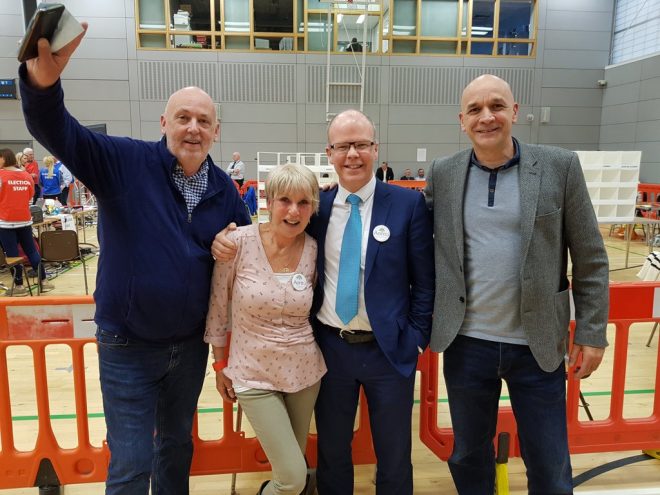 And it became the first seat so far for Aontu in any of the 11 council districts across the North of Ireland.

Angela Dobbins topped the poll and was the first to be duly elected in the Ballyarnet ward.

In Foyleside, Mary Durkan topped the poll for the SDLP with Shauna Cusack also getting returned.

Sinn Fein’s Mickey Cooper was eventually returned to the council.

He was the only one of three Sinn Fein candidates to get elected with sitting councillor Eric McGinley losing his seat.

The party had earlier been predicting that it was expecting losses in Derry after seeing the fires preference votes coming in.

SDLP leader Colum Eastwood believes that there has been a see change in Derry and swing away from Sinn Fein towards his party and its candidates.

One reason was that the SDLP drove home on the doorsteps to constituents that it was Sinn Fein who backed Tory plans for a bedroom tax.

He says the results in Derry bode well for a possible Westminster election if called.

SF’s McGinley eliminated as Dr Anne McCloskey takes seat in Derry for Aontu was last modified: May 4th, 2019 by John