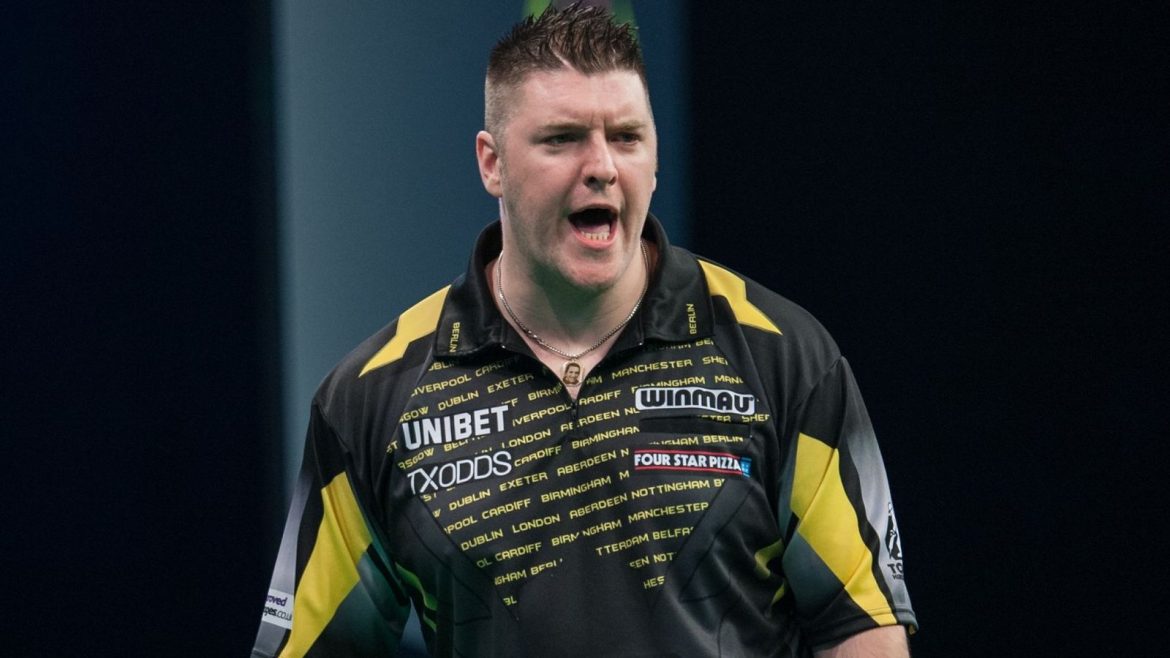 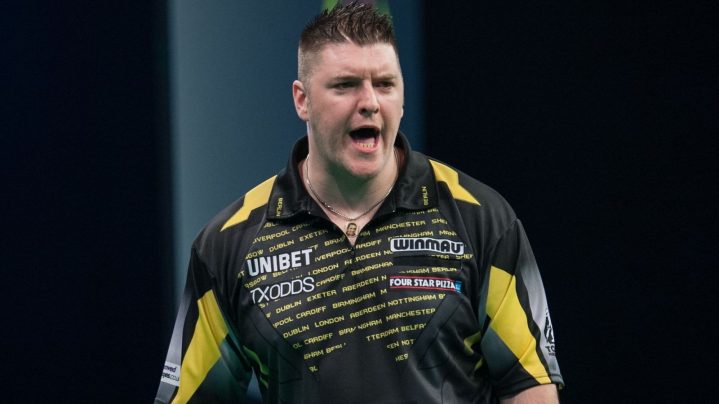 The Derry arrowsman on Thursday night vanquished Michael van Gerwen for the second time of the Premier League season in a thoroughly deserved win over the World Number One to keep himself very much still in the play-off hunt.

Gurney was in dreamland at 4-0 up and had to keep his cool as Mighty Mike ended up hitting back to go to 6-4 behind but he proved too strong in the end claiming an 8-5 win.

In the opening leg, Van Gerwen missed a 170 checkout and ‘Superchin’ did what you need to do to get in front of the World Number One and that’s take your chances and he did so with a double four.

He doubled his advantage with a 105 checkout and as MVG missed more darts, Gurney went further into the lead at 3-0 up.

Van Gerwen only got a leg when he pinned a 127 checkout out of nowhere to make it 4-1.

The gap was closed further as he increased his average and went 4-2 behind.

‘Superchin’, as he is known on the darts circuit and who has now beat Van Gerwen three times in a row, responded through getting a break to edge further towards the finishing line at 6-2 up.

A nervy period occurred though with MVG starting to find his range again and pouncing on missed doubles himself but they were eased slightly when he made sure of a point.

Gurney missed a 156 checkout to claim the win and Van Gerwen seized the opportunity but a good last leg from the Derry dartsman and multiple missed doubles from MVG allowed him to secure an important win.

Banks across North of Ireland must report...