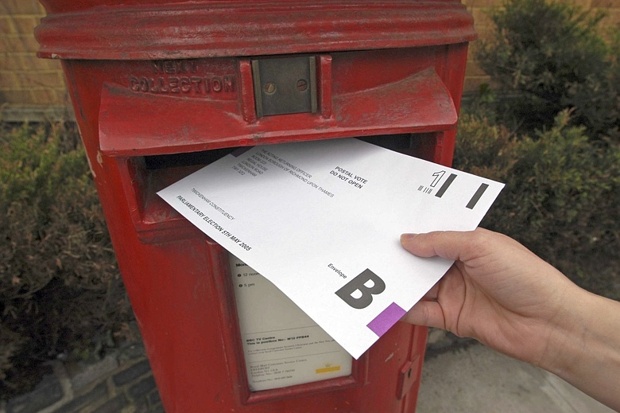 POLITICIANS have warned that people across Derry’s council area have received proxy votes who didn’t apply for them.

And it has sparked concerns that it will lead to vote stealing during this Thursday’s, May 2, council elections to Derry City and Strabane District Council.

In the 2017 Westminster general election, similar concerns were raised over the issuing of huge numbers of proxy votes in Foyle.

It later emerged that the use of proxy votes in some Sinn Fein-dominated areas of Derry was more than 17 times the UK average.

The number of proxy votes issued in Derry’s West Bank has dropped since the Westminster election in 2017 but the figure remains significantly higher than in other areas ahead of tomorrow’s local elections.

Most people registered for a proxy vote received notifications from the Electoral Office this week – but already reports of abuse in Derry are emerging.

Independent candidate Sean Carr told the Belfast Telegraph that the parents of a young woman with Downs’ Syndrome contacted him when they discovered their daughter was registered for a proxy vote.

Mr Carr said: “The Electoral Office needs to step up to the mark and take a look at the proxy vote application system because there have been reports of it being abused in a number of different wards in the Derry area”

He said: “So many people are oblivious that they have signed their vote away and while some people don’t value their own vote and don’t mind signing a piece of paper there are those who have taken the proxies and literally stolen votes which is a very serious offence.”

He said: “The Electoral Office needs to be incredible diligent in how they ascertain the application to see what is genuine and what is not and then immediately after this election there needs to be a review of the proxy and postal votes process for further election contests.”

Chief Electoral Officer Virginia McVeigh said one person in the Derry area had contacted them about an abuse of proxy votes.

She advised anyone with concerns about proxy votes to get in touch.

Concerns raised over proxy votes for people in Derry who didn’t apply was last modified: May 2nd, 2019 by John