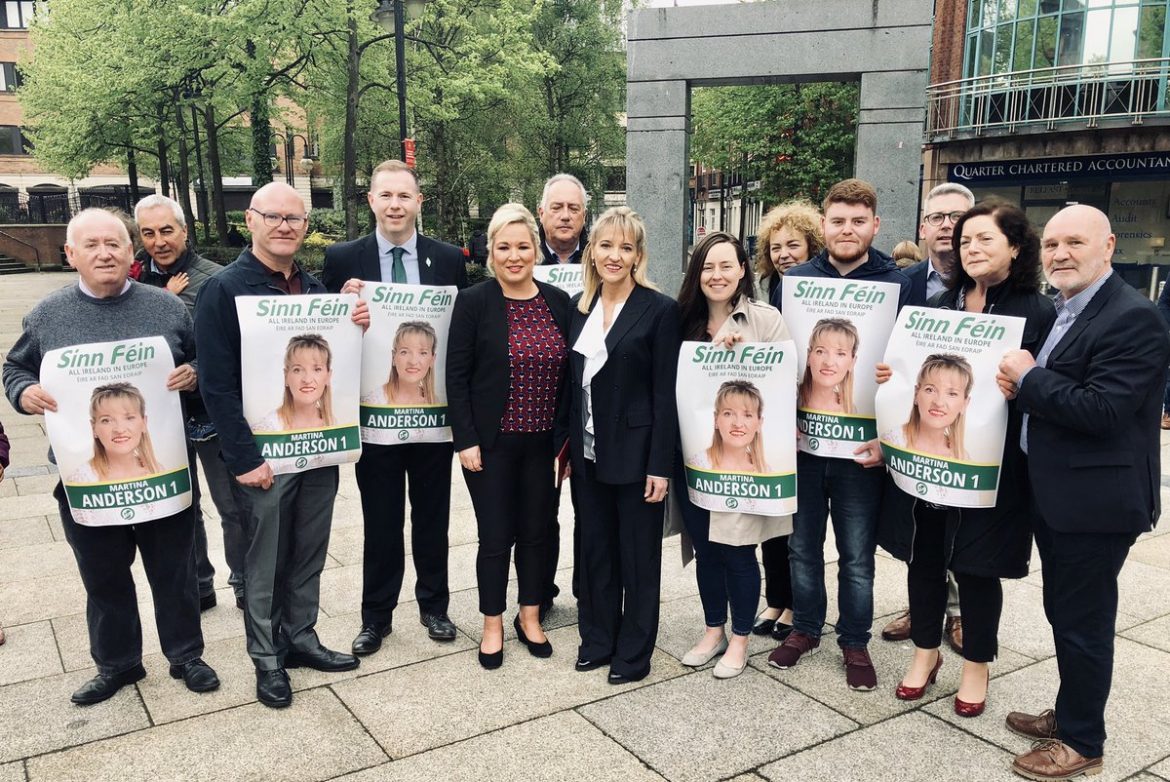 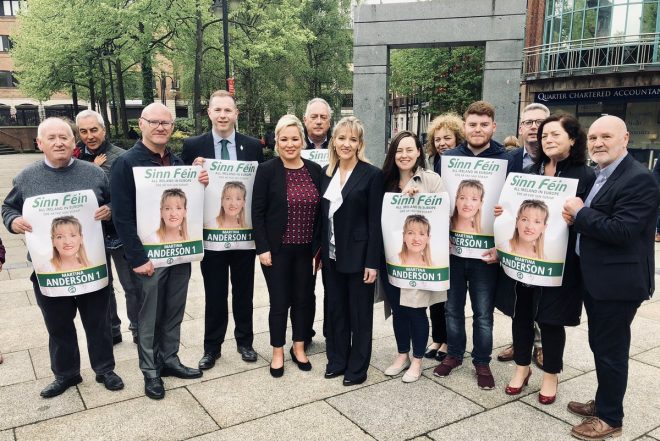 NEXT month’s European elections will be a chance to register opposition to Brexit, Sinn Fein say.

Today the party’s candidate Martina Anderson handed in her nomination papers at the Electoral Office in Belfast to run again as a candidate for the European Parliament.

The Derry politicians was accompanied by her party’s vice president Michelle O’Neill as she submitted her nomination papers.

Ms Anderson said her campaign starts officially now: “Twenty-nine days to go for the people here in the north of Ireland to send a very clear message back to the EU that they don’t want to crash out of the EU or be dragged out of the EU.

“I am honoured to have been selected by Sinn Fein to stand in front of the people and hopefully get re-elected because, without doubt, without team Sinn Fein in the European Parliament, the Good Friday Agreement, in all of its parts, and Ireland would not have been one of the three priorities.”

Ms O’Neill commended Ms Anderson for “standing firm for the people who don’t want to be taken out of the EU against their wishes”.

Next month’s poll comes as the UK Government remains unable to agree a deal to leave the European Union.

It had not been planned for UK voters to be electing a fresh batch of MEPs this year after the nation voted in 2016 to leave the EU.

The elections to the European Parliament are proceeding after politicians at Westminster and the European Council agreed to delay Brexit.

Northern Ireland’s three seats in Brussels have historically been divided between the DUP, Sinn Fein and the Ulster Unionists.