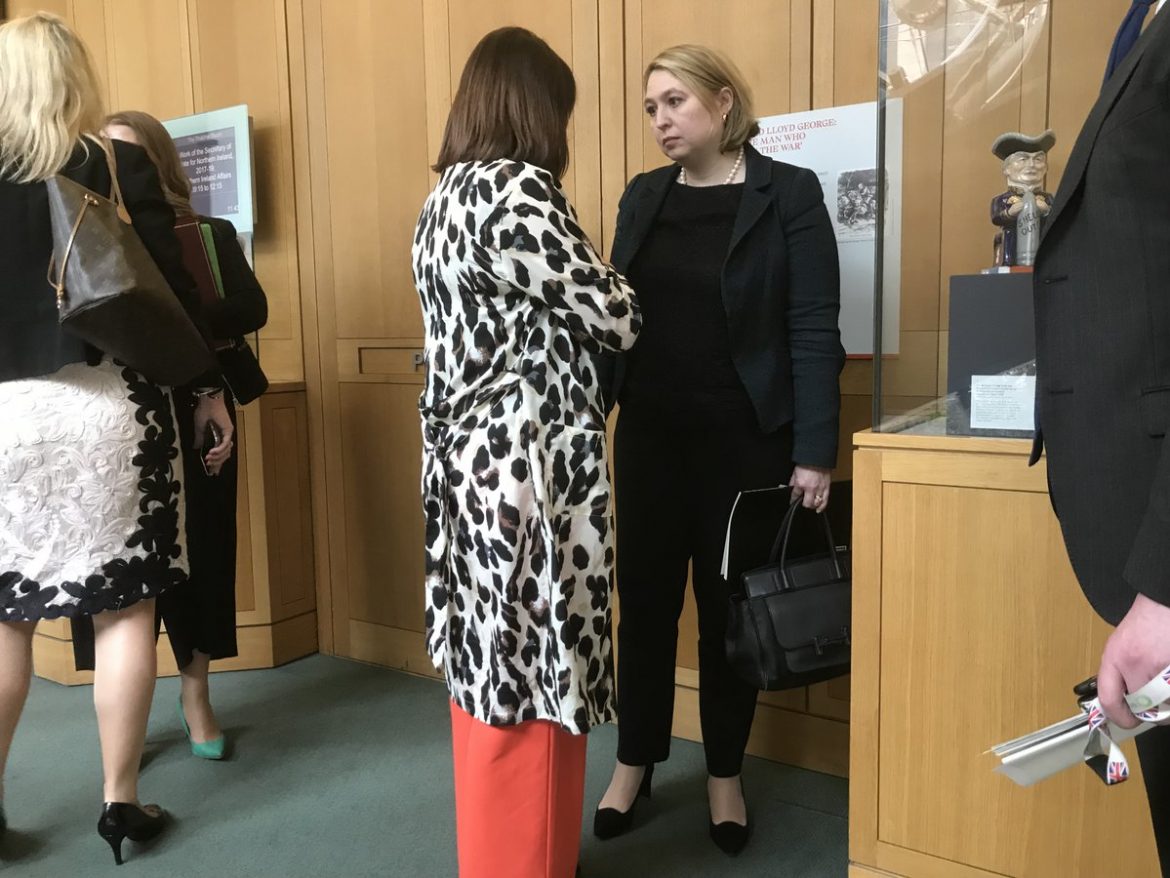 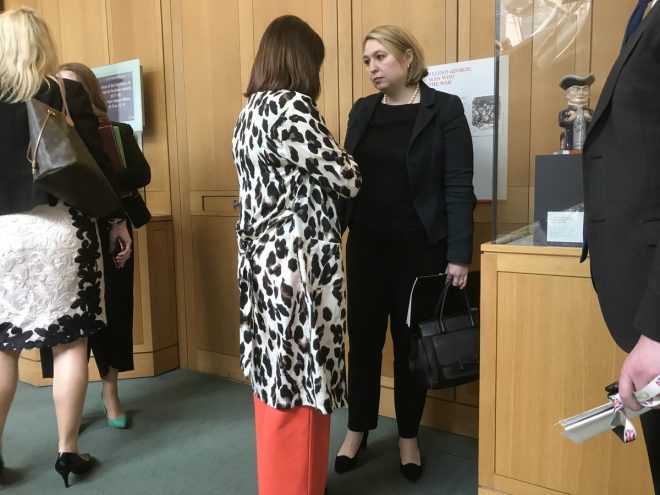 Foyle MP Elisha McCallion ‘challenging’ Karen Bradley last month on the need to announce funding for a “City Deal” for the NW.

SINN Féin’s Elisha McCallion has said the British Secretary of State will “hear in no uncertain terms” that it is time for her government to step up and deliver on investment for key projects in Derry when she visits the city on Friday.

The proposed medical school at Magee Campus in the city is currently stalled over a lack of funding.

The Foyle MP said: “British Secretary of State Karen Bradley will be in Derry on Friday and I will be taking the opportunity to ensure that she hears in no uncertain terms about the growing frustration at the lack of movement from her government on a series of key issues.

“In particular, I will be pressing her to ensure that additional funding is released to allow the medical school at Magee to proceed.

“This is a transformative project for this city and region and we cannot allow it to be stalled any further.

“Equally, a city deal as part of an inclusive growth strategy is a key strategic project for the entire north west. The British government need to stop the stalling and announce funding for it.

”There is a vital need to build confidence in a better future for all the people of Derry.

“The way to do this is with clarity, concrete decisions and funding for these projetcs that tackle the under-investment and inequality that this region has experienced.

“These tangible decisions and developments would be a stark contrast to the destruction and violence that was orchestrated by a tiny minority in the city last week.

“In partnership with all of the stakeholders in the north west, I will continue to keep the pressure on both the British and Irish governments, to ensure that commitments to this city are honoured and that investment is delivered for the key strategic projects that we require,” added the former Mayor of Derry.