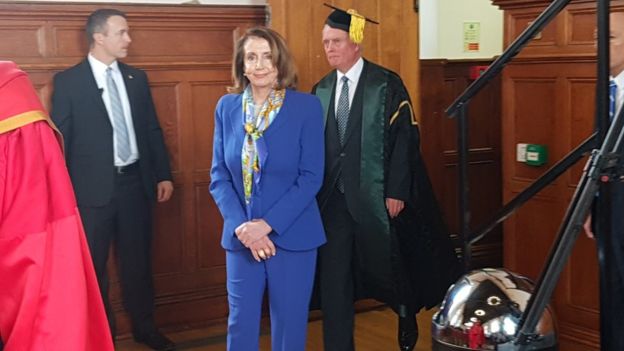 US Speaker of the House Nancy Pelosi has arrived In Derry for a visit.

Mrs Pelosi told the Dáil (Irish parliament) on Wednesday that the Good Friday Agreement is a “beacon to the world”.

She repeated the warning there was “no chance” of a post-Brexit US-UK trade deal if it was compromised.

First Mrs Pelosi and a US delegation visited the the Derry-Donegal border accompanied by the Mayor of Derry City and Strabane District Council.

Mayor Boyle told that the only difference on the border between Derry and Donegal was the colour of the tarmac.

Mrs Pelosi’s visit to the Derry-Donegal border on Thursday morning came ahead of a series of engagements in Derry.

First stop was at the Ulster University’s Magee Campus.

At Magee Richie Neal, a Massachusetts congressman, was awarded with an honorary degree for his contribution to US-Ireland relations.

Pat Hume received a round of applause at Magee Campus as Mr Neal paid tribute to her and John Hume’s work throughout the years. 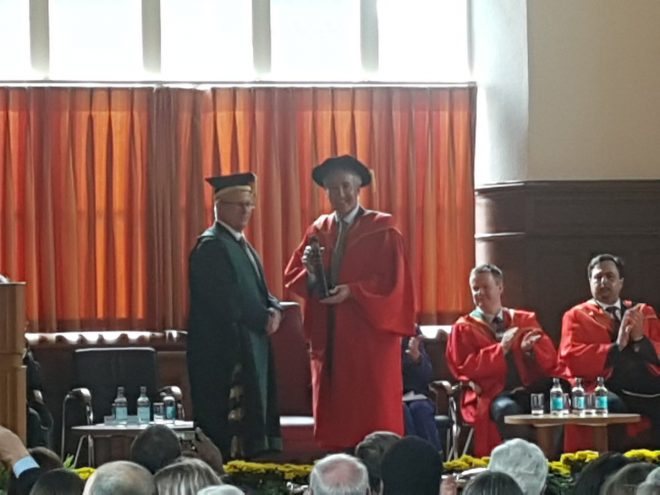 The Congressman also mentioned the “important and significant” work carried out by Martin McGuinness and Ian Paisley as well.

A reception will be held later at the city’s Guildhall hosted by Mayor John Boyle before the delegation travels to Belfast.

As speaker, Ms Pelosi is the third-most senior politician in the United States after the president and the vice-president.

Mrs Pelosi said on Wednesday that both Ireland and the US “know the joy of independence” and both “endured the traumatic experience of civil war and the satisfaction of rebuilding our nations”. 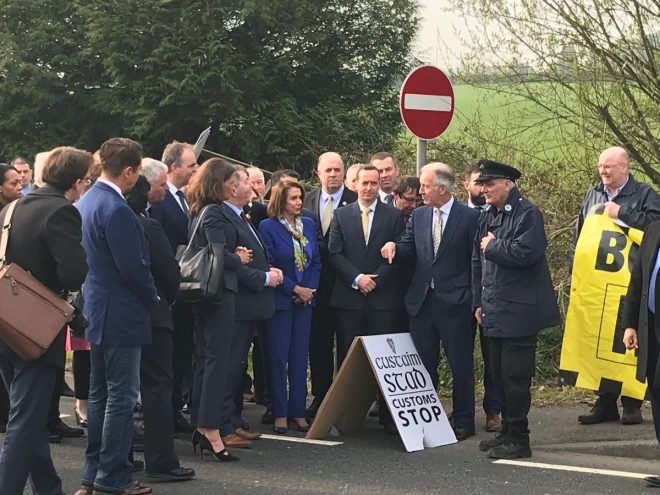