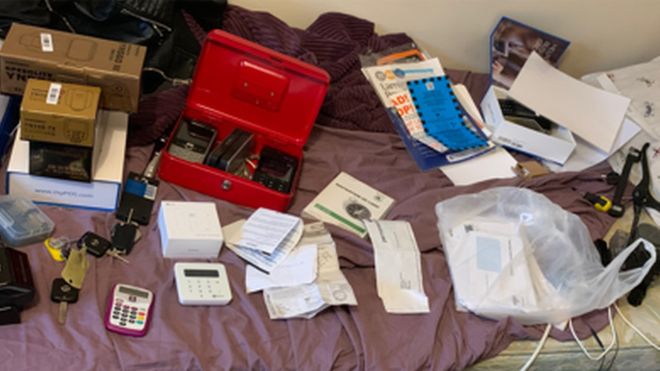 Police have released photographs of cards and documents seized during the arrests[/caption]THREE members of a suspected Romanian crime gang with fraud links to the North have been arrested in Donegal.

The three men, aged 24, 25 and 31, were detained following the search of a house in Letterkenny on Tuesday morning.

It follows a high-level operation in recent days by members of the Garda’s serious crime unit.

A large quantity of items was seized during the investigation.

A Garda spokesperson said the operation was “part of an ongoing investigation into a Romanian organised crime group” which is believed to also impact on the North.

Other items included till rolls and a number of suspected stolen Irish and UK passports and driving licences. 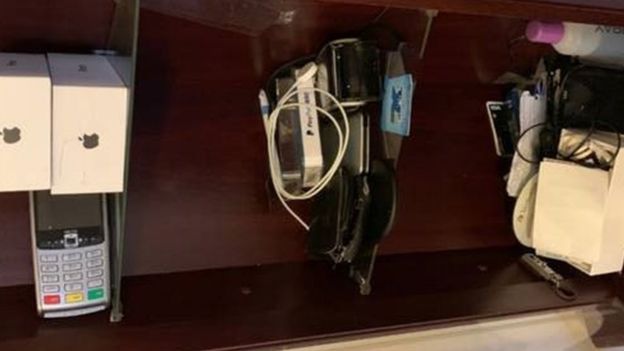 Telephones were seized during the raid at a house in Letterkenny

A Garda spokesperson said much of the seized items relate to suspected frauds in the North, adding that officers are working with Europol and the PSNI as part of the probe.

The three arrested men are currently being held at Letterkenny and Milford Garda stations.