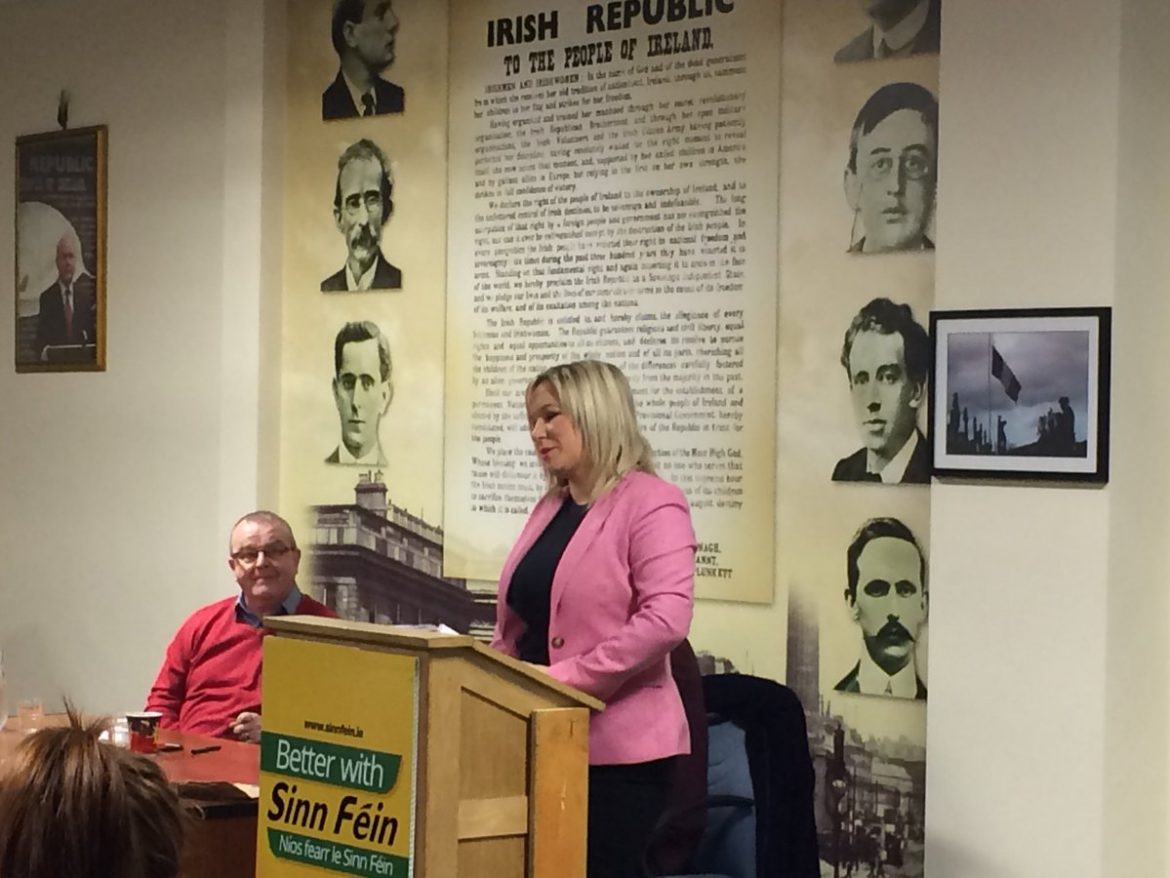 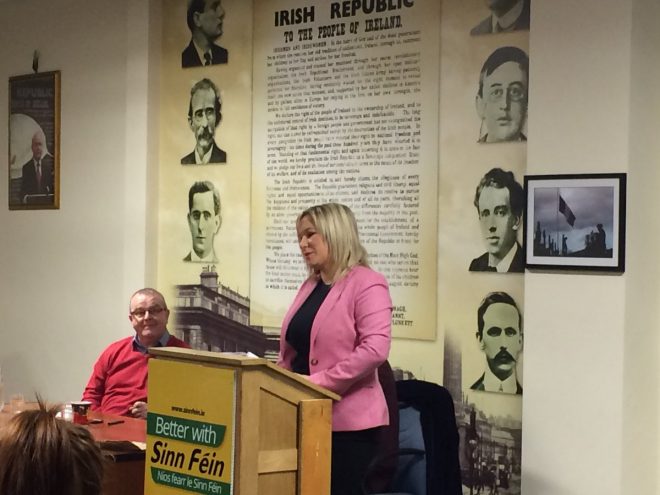 SINN Fein’s leader in the North of Ireland, Mchelle O’Neill, is to be the keynote speaker the Easter Sunday commemoration in Derry this weekend.

The party’s vice president has been invited by Derry Sinn Fein to address republicans in the city on April 21.

The commemoration in the City Cemetery will follow a parade from Westland Street in the Bogside.

Other commemorations will take place in Shantallow, Waterside, Bogside and Brandywell areas.

Sinn Féin Waterside Councillor Christopher Jackson said: “Every year, Irish republicans wear the Easter lily to honour the men and women of 1916 and all those patriots who gave their lives for Irish freedom.

“In 2016, hundreds of thousands of people participated in Centenary events in Derry , all over the country and across the world.

“It is no less important in 2019 to commemorate and celebrate the 1916 Rising and to commit to the full implementation of the Proclamation.

“Our annual Easter commemoration will assemble this Sunday at Westland Street for 2 pm.

“It will proceed to the Republican Plot where we will honour our patriot dead and recommit ourselves to building an Ireland of equals.

“The main speaker this year will be Sinn Féin deputy leader Michelle O’Neill.

Dissident republicans will hold a separate commemoration in the city on Monday.

Durkan: The Executive must contribute funds to...