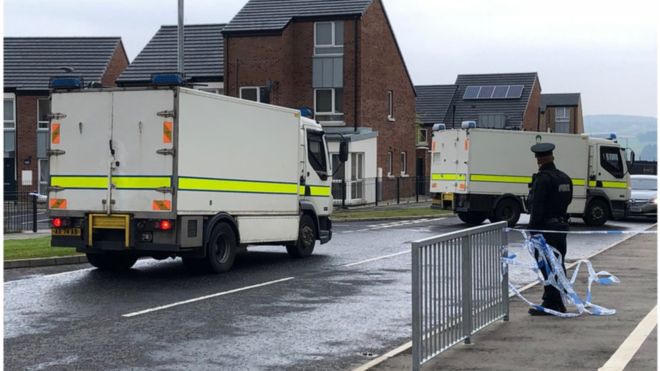 ARMY Technical Officers have carried out a controlled explosion this afternoon after a suspect device was found on a doorstep in Derry.

Police have evacuated around 40 families as a precaution and tasked ATO to the scene.

A robot device was sent in to examine the device and carried out a controlled explosion on the object.

PSNI officers have cordoned off an area in the Clon Elagh area of the city following the discovery of a suspicious object.

“Local residents are being asked to evacuate the area as a precaution,” police said.