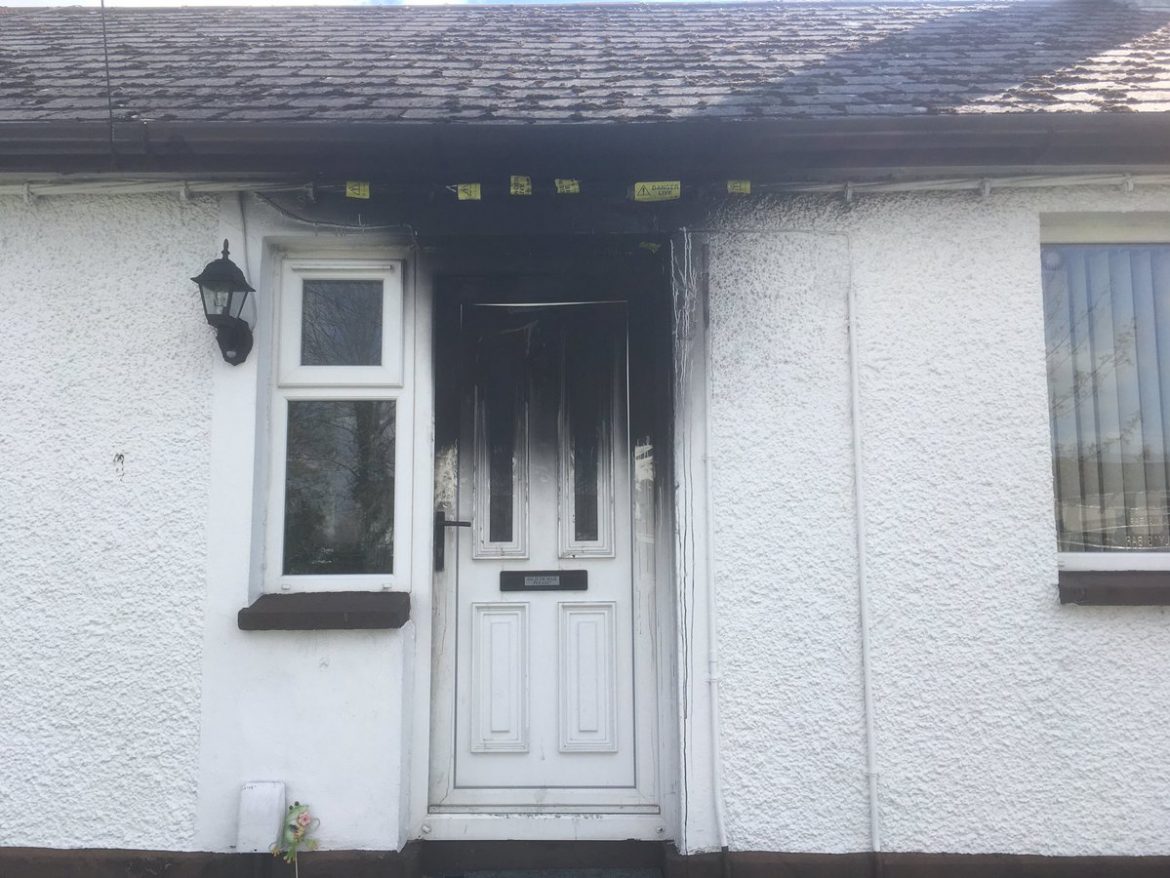 THIS is the house where a woman in her 60s cheated injury after a despicable arson attack in Derry last night.

Police are investigating reports that an oil tank went on fire after bins were set alight at a house at Greenhaw Avenue in the Shantallow area causing substantial damage.

The woman who was inside the house managed to escape.

Fortunately, no-one was injured but the woman was treated for shock as a result of the attack.

Five appliances from stations in Derry raced to the scene after the alarm was raised around 8.30 pm.

Station commander Clive Lowry confirmed that a fire investigator would be on the scene this morning.

“The damage is quite significant.

“The oil tank ruptured and the fire spread to the house and a car behind the house.

“The bungalows in the area are very tightly packed but crews managed to get the fire under control.”

The police are also investigating a possible link to damage caused to a car in Greenhaw Avenue after 9.30 pm.

“It is believed a slate was thrown through the rear window of the car, causing damage to the vehicle,” Sgt Swanson said.

Police have appealed for anyone who witnessed anything suspicious in the area to get in contact.

Sergeant Swanson said: “At around 8:30 pm, it was reported that a number of bins were alight spreading to a nearby oil tank at the back of a house in the area, causing it to go on fire.

“The fire then spread to the house, causing substantial damage to the property and neighbouring homes.

“A women in her 60s who was inside the property at the time of the incident, but managed to get out.

“She was treated for shock at the scene. Northern Ireland Fire & Rescue Service attended the scene and dealt with the fire. “There were no reports of any injuries

“We are also investigating a possible link to damage caused to a car parked in the Greenhaw Avenue area of Shantallow sometime between 9:30 pm and 10:30 pm.

“It is believed that a slate was thrown through the rear window of the car, causing damage to the vehicle.

“Enquiries are continuing and we would appeal to anyone who witnessed anything suspicious in the area to contact police at Strand Road on 101, quoting reference number 1330 9/4/19.