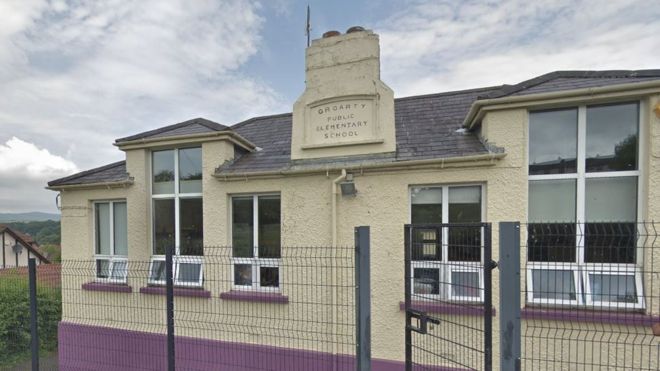 PLANS are afoot to shut one of Derry’s two integrated primary schools.

The Education Authority (EA) is recommending the closure of Groarty Integrated Primary School, which it said is no longer sustainable.

The school has an enrolment of 32 pupils.

A consultation will be carried out before a final decision is made.

The EA has recommended the school should close in 2020.

The school, which opened in 1856, became integrated primary in 2006 and is the only one of its type in Derry’s cityside.

Principal Tina Keys said the school “has met the needs of all communities over the past 150 years”.

“Since last week a proposal for closure of our school has been issued,” she added.

“The school community are saddened to hear that integrated provision in the cityside is under threat.

“Our priority, as always is to continue to meet the needs of the children and we hope that the community can support us in this.”

Ms Keys said she planned to meet Derek Baker, the permanent secretary of the Department of Education, and would do “as much as we can to keep our school open”.

Catherine Doran, whose autistic son attends the school, told BBC Radio Foyle that she was disappointed at news.

“My son runs in the door in the morning, he loves it,” she added.

“He has special educational needs and he would be lost at a mainstream school.

“It’s the only school where I walked in and thought: ‘This is where I want him to be.'”

The school’s parents’ committee plans to challenge the proposed closure.

It states that the school, which has a capacity for 74 pupils, has “experienced low enrolment numbers over the past 10 years”.

“The enrolment statistics show that while the school has remained steady for the last few years, the school still presents with sustainability concerns,” it adds.

Alternatives to closure, including a campus share with a nearby gaelscoil, have been ruled out, said the EA.

The consultation closes on Thursday, June 13.