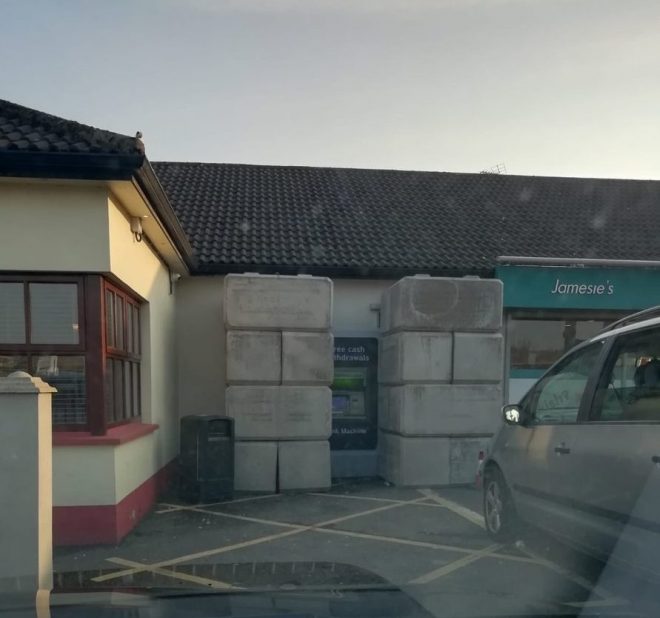 A CO Derry filling station is taking preventative measures by using concrete blocks to protect its ATM machine after a spate of recent daring dead of night raids.

The popular Jamesie’s Centra store on the Glenshane Road in Maghera has stacked concrete blocks on either side of its ATM to protect it from thieves.

There have been a series of ATM robberies across the North of Ireland this year.

Masked raiders have been using heavy plant machinery from building sites to rip ATMs from shop walls and make off with the proceeds.

The most recent incident took place in nearby Dungiven in the early hours of Sunday morning.

Raiders were captured on CCTV driving a digger in O’Kane’s Filling Station on Feeny Road outside Dungiven smashing down a roof and walls to scoop out the ATM machine and drop into a waiting Citroen Berlingo car which had a hole cut out of its roof.

Other areas targeted include Antrim, Omagh, Moira, Dungannon and Newtownabbey.

here have been nine ATM burglaries in eight separate incidents so far in 2019.

Thieves have also been targeting stores in the Republic and Gardai are on high alert in Donegal over the recent theft of two heavy plant machinery which have yet to be traced. 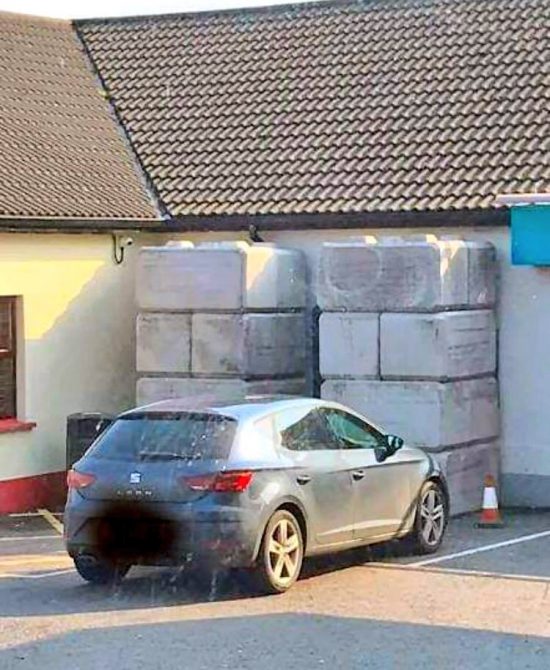 Earlier this year a dedicated PSNI team was set up to investigate and police warned that paramilitaries could be profiting from the thefts.

Police have stepped up rural patrols across Co Derry to thwart the ATM raiders.

Following the latest incident in Dungiven an officer writing on a PSNI Facebook page said police simply couldn’t predict which cash machine would be targeted next.

“I could sit for hours at an ATM but no sooner am I round the corner than a team of crooks arrive,” the officer said.

They have also asked the public to report any suspicious activity around ATMs or the movement of diggers late at night to police immediately. 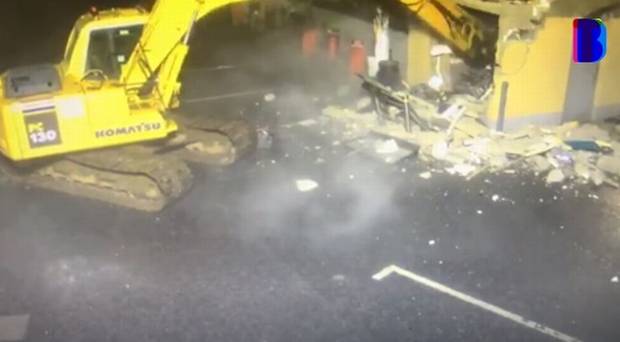