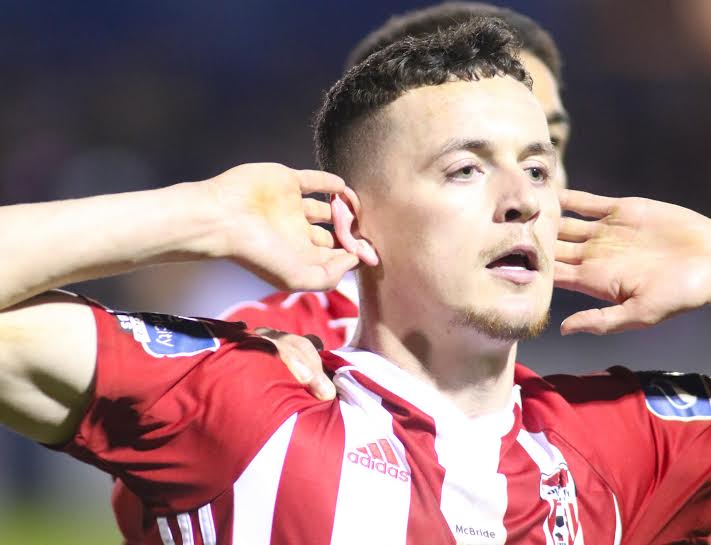 Watch: All the action as Derry City beat Finn Harps in feisty derby

David Parkhouse scored a late brace of goals for the Candystripes in a 3-2 win.

All the goals came in the second half on an eventful night at Finn Park.

Harps played for just under an hour with ten men after Colm Deasy was sent off for a horror tackle that ended Ciaran Coll’s night.

Harps were fuming in the first half when Nathan Boyle had an effort chalked off, which the hosts argued should have stood, but Parkhouse’s double put Derry into third.

All the goals and a shocking red-card challenge from Finn Park as @derrycityfc beat @FinnHarpsFC #rtesoccer pic.twitter.com/vMiAMBK1Iw

Here ye go. Think because Todd moves towards the keeper gave Doyle reason enough to disallow it. Not sure what the exact law is in this situation. pic.twitter.com/VXp2yziPCl

Unlucky Derry go down 2-1 to Dundalk

Airport team up with Candy Stripes to...

Higgins: We’ll be on front against Shamrock...