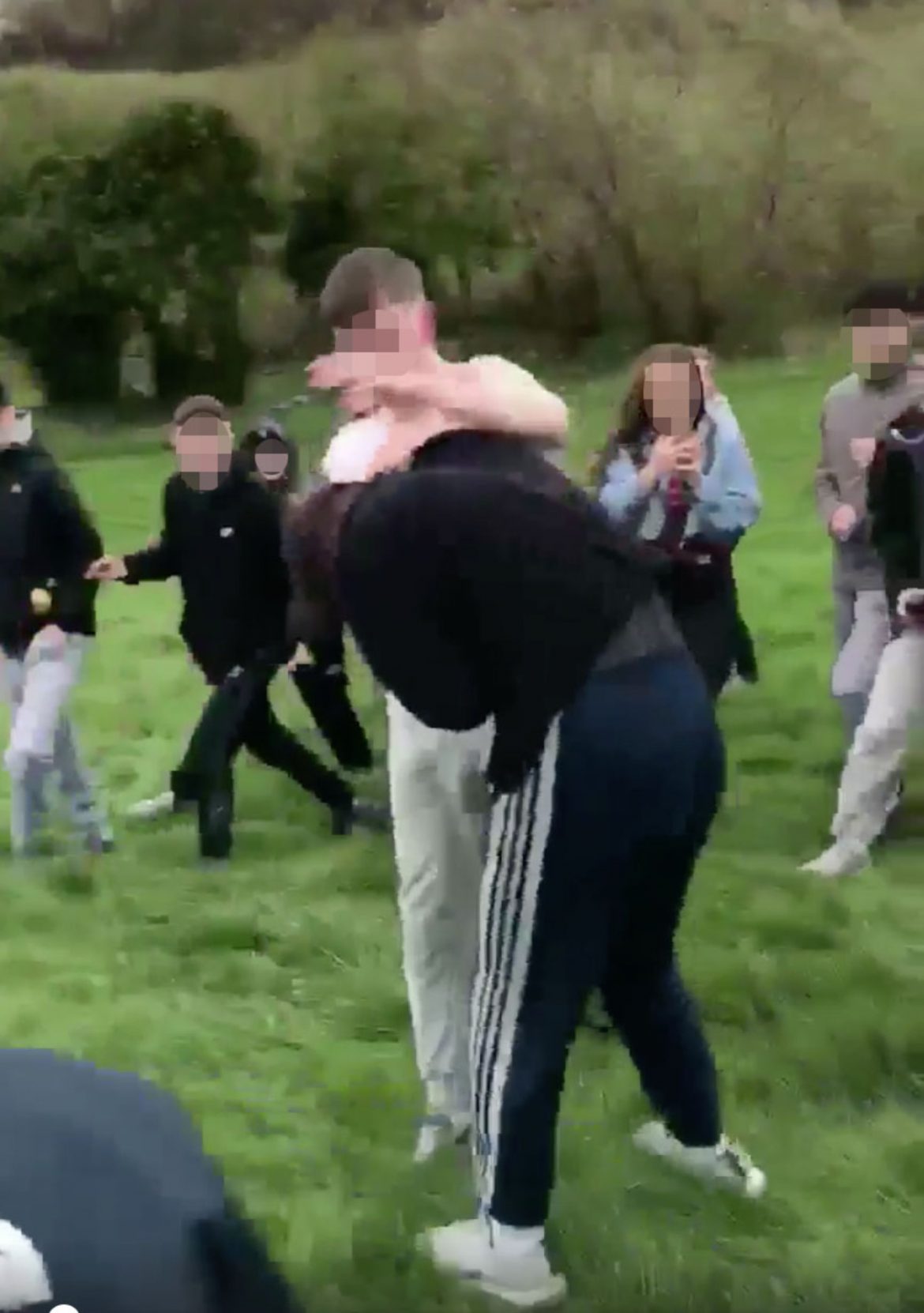 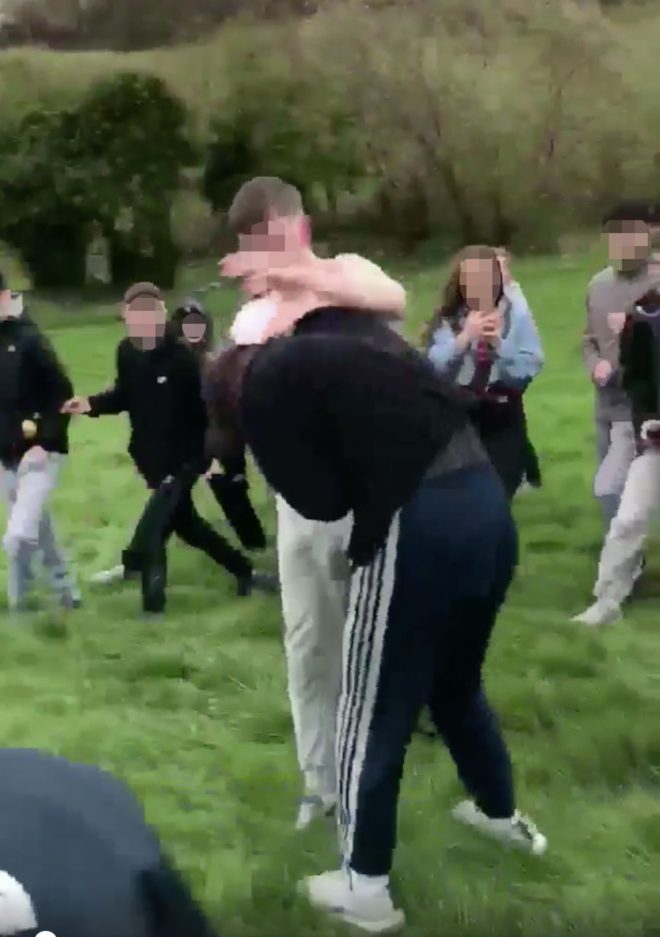 POLICE have launched an investigation after shocking images emerged ofa brawl between two teenage boys in front of a 100-strong jeering mob in Derry.

The footage shows the crowd of young people running on to the street in the Cregganburn and Glen areas.

They then follow the fight as the two youths kicked and punched each other.

It ended when one of them manages to evade the mob and bolted to safety.

Police have pledged to tackle the issue robustly.

A PSNI Foyle spokesperson said: “”Shorty before 6.15pm it was reported that around 100 young people had gathered in the area and were throwing stones at each other.

“The youths dispersed in the Northern Road area when police arrived.

“It is critical that when young people choose to engage in anti-social behaviour, they understand that it is unacceptable and it must stop.

“We do not want to criminalise young people, however, if offences are identified we will deal with them robustly.”

She told Derry Daily of her concern and horror at the events of yesterday evening when hoards of youths gathered in the Cregganburn Park between Rosemount and the Glen to witness an arranged fight.

Said Cllr Cusack: “I had just left the park no more than an hour before and it was as normal, peaceful and quiet with the usual joggers and dog walkers.

“At tea time I was alerted to what was happening as constituents messaged me and video footage emerged online.

“This was very disturbing with hundreds of young boys and girls surrounded two young lads who proceeded to punch and kick each other cheered on by the crowd.

“Eventually one of them fled down towards Northland Road and the crowd followed. 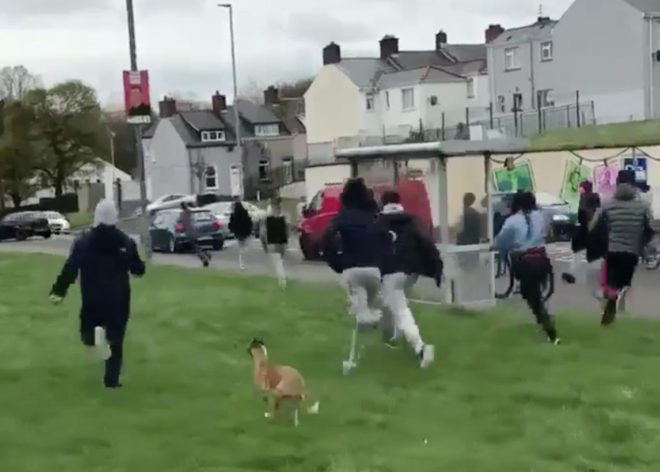 “I can imagine how terrifying this would have been for the residents of the area or anyone innocently caught up in the scene.

“I immediately contacted the authorities who attended the scene when things had calmed and remained there for a while in case anything should re-emerge.

“I would ask all parents to examine the online footage to see if the can recognise their child.

“This behaviour is very worrying and hopefully not a trend which is set to continue.

“I would urge all young people who think this is fun and a ‘ right of passage’ to remember the very real fact that one punch can kill and many lives, including their own, will be ruined,” she added.

Foyle SDLP MLA Mark H Durkan said parents have to be more aware of where their children are and what they are up to.

“The scenes in the Glen were pretty frightening for residents, passers-by and, I’d say, the vast majority of young people caught up in it themselves who probably just came along because their friends were on about it,” he said.

“Parents need to have a word with their children and warn them how easily fighting or just being around a fight could result in really serious harm to them or to someone else.

“It can also lead to their expulsion from school and a criminal record.