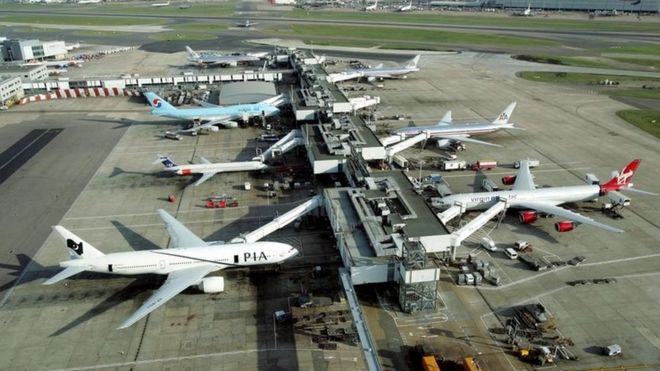 A FORMER British Army barracks in Co Derry is one of two North of Ireland sites which have been shortlisted to become construction hubs for the £16 billion Heathrow Airport expansion.

The former Shackleton Army barracks in Ballykelly and former Michelin site in Ballymena have made the shortlist of 18.

The sites will assemble components for the Heathrow project which will then be transported there when needed.

There were initially 121 applications for the hubs, which were reduced to 65 sites.

These sites were visited by Heathrow officials last year before the list was further reduced to 18.

The winners will be announced early next year, ahead of work starting in 2021.

Emma Gilthorpe, Heathrow’s executive director for expansion said: “Heathrow is as committed as ever to creating a plan that delivers for every corner of the UK. Logistics hubs are key to achieving that.

The MJM Group bought the former Shackleton Barracks military base in Ballykelly in 2016.

The former Michelin tyre factory in Ballymena – which had operated for 50 years – was turned into a business park run by the Graham Group after it closed in June of last year.