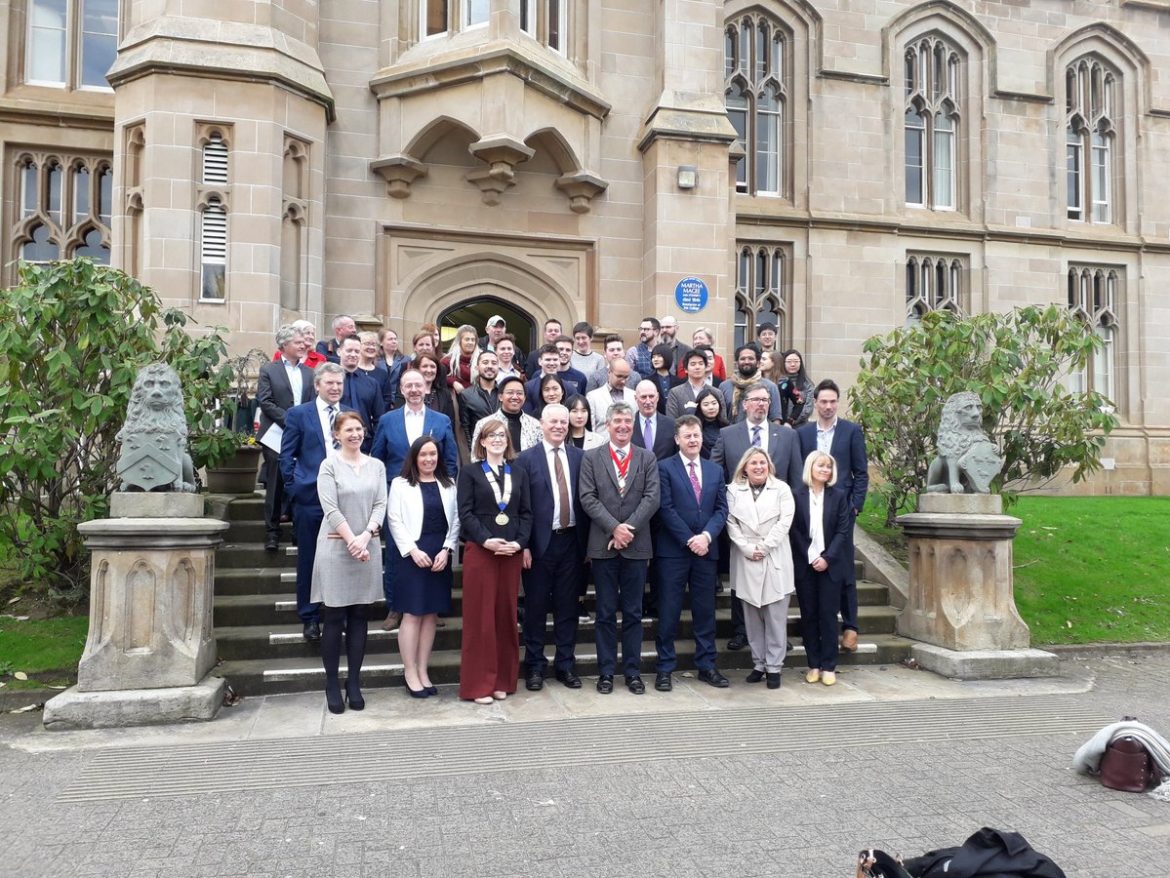 THE Mayor of Derry City and Strabane District Council, Councillor John Boyle, and the Cathaoirleach of Donegal County Council, Seamus O’Domhnaill, joined senior Council officers and figures from Ulster University in welcoming a high profile panel of planning experts from across the island of Ireland to the city yesterday.

The delegation were here to participate in the ‘Atlas for a City Region’ Harvard Studio Pin-Up event hosted by Ulster University’s Magee Campus, as part of a panel established to critique the work completed to date on the project, which explores future scenarios for the City Region in a post-Brexit scenario.

Speaking after the event, Mayor Boyle said it had offered a fascinating insight into the various challenges potentially posed by Brexit touching on a wide range of themes from Climate Change to issues of identity.

Following a visit to Letterkenny Institute and a workshop at Magee Campus, a joint reception was hosted in the Guildhall by both Mayor Boyle and Cathaoirleach O’Domhnaill, where students had the opportunity to engage with a range of key stakeholders from both Councils and supporting organisations.