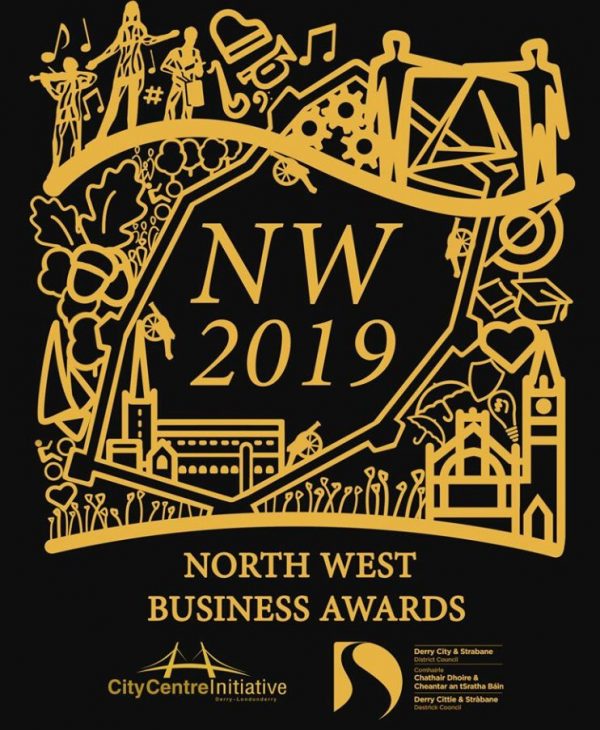 THE 2019 North West Business Awards celebrating the very best in business throughout the Derry and Strabane Council areas are now officially open.

Organised by City Centre Initiative (CCI) and sponsored by Derry City and Strabane District Council, the 2019 awards are set to take place on Friday 7th June at the Best Western White Hotel and are now officially open for nominations.

Speaking at the launch Mayor of Derry City and Strabane District Council, Councillor John Boyle said the awards represent the best in business in the North West.

He said the Council’s Business Team was delighted to sponsor the awards to recognise those who have succeeded over the past year and showcase the success of businesses throughout the Derry~Strabane council area.

He added: “I am delighted to launch the 2019 North West Business Awards, which provide a platform for local enterprises to celebrate their successes and the growing focus on innovation and entrepreneurship in the North West.

“As a Council we strive to create the right environment for local companies to develop and thrive and the Awards celebrate all the great work that is being done on the ground to build on these foundations by our talented and visionary business community.”

Jim Roddy, Chief Executive of CCI, organisers of the event, said it was important to reward and celebrate the achievements in business over the past year and highlight what great initiatives and developments our local entrepreneurs and employers have worked hard on over the past twelve months.

“This year we’ve changed some of the categories to better represent the changing nature of our businesses and we look forward to receiving nominations, which can be submitted online via the CCI website.”

The annual event recognises and celebrates the achievements of local businesses and entrepreneurs, who operate within the Derry and Strabane council area, over the past twelve months and provides a valuable networking and social opportunity for business people.

Stephen Gillespie, Director of Business and Culture at DCSDC added: “Council is committed to supporting and growing the local business industry and recognising and rewarding success is an important aspect of creating a strong and dynamic business profile.

“We work with many local business partners in a variety of capacities as a Council so this is an opportunity to acknowledge the creativity, drive and innovation that set our local businesses apart.”

Further information on the North West Business Awards can be found at the Facebook and Twitter pages @NWBizAwards or at http://www.cciderry-londonderry.com/business-awards/