Students from Harvard Graduate School of Design visiting Letterkenny this week with Professor Gareth Doherty and Professor Niall Kirkwood with architect Tarla McGabhan and Toni Forestor, Letterkenny Chamber. This visit is part of an 18 month Atlas for a City Region project commissioned by Donegal County Council and Derry City & Strabane District Council with support from ICLRD, Letterkenny Institute of Technolgy and Ulster University.

A HIGH profile panel of experts from across the island of Ireland will visit Ulster University’s Magee Campus today as part of the ‘Atlas for a City Region’ Harvard Studio Pin-Up.

The panel, which will include Irish Planning Institute President Joe Corr as well as Catherine McEvoy Principal Planning Officer with the Department for Infrastructure NI, will critique proposals and ideas presented by students from Harvard University who are currently visiting the North West Region as part of the project looking at future scenarios for the city region in a post Brexit scenario.

The Atlas for a City Region is a project being undertaken by Harvard Graduate School of Design jointly commissioned by Donegal County Council and Derry City and Strabane District Council under the auspices of the North West Strategic Growth Partnership.

This project has been borne out of the unique cross border collaborative approach adopted by both Councils with a view to driving growth and prosperity in the region.

12 Harvard students of landscape architecture, urban design and planning are currently visiting the region to engage with its landscapes and future challenges after Brexit, and considering long term challenges such as climate change.

They are accompanied by Professors Niall Kirkwood and Gareth Doherty.

Through site visits, meetings with key stakeholders, and their own experiences on the ground, these students will be addressing a myriad of topics dealing with borders and identity, agriculture, mobility, housing, not to mention Brexit and climate change.

The event, which is being supported by the International Centre for Local and Regional Development (ICLRD) will see students pitching their proposals to the panel of experts who will critique with a view to strengthening the proposals.

“we have an opportunity to bring a fresh and creative perspective and new thinking to the future development of this region.

“Having this calibre of experts visiting the region and engaging in a meaningful way to help shape how we maximize the potential of future opportunities and respond to emerging challenges is positive not just for the students but for the entire region”. 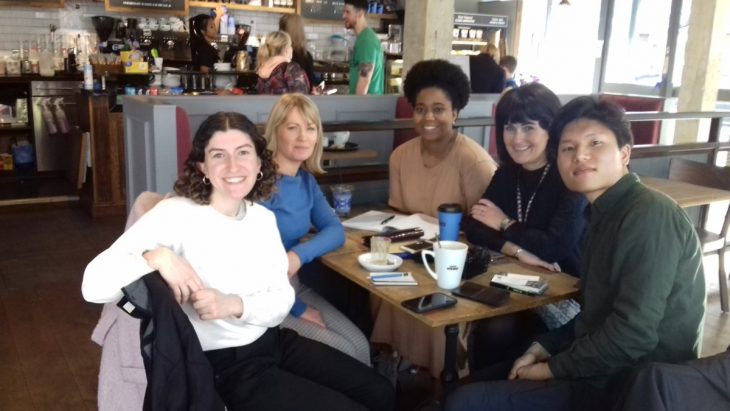 Harvard students during their stay in Derry

Cllr John Boyle Mayor of Derry City and Strabane District Council said: “Despite the uncertainty currently surrounding Brexit, we in the North West City Region are determined to continue to work collectively to build resilience, drive growth and carve out a prosperous future for the betterment of everyone in our community.

“Engaging with experts from both sides of the border and bringing in the fresh thinking and unique perspectives of the Harvard students is an important step forward in helping us shape the future of this cross border region”.

Later this evening a joint reception will be hosted by both the Cathaoirleach of Donegal County Council and the Mayor of Derry City and Strabane District Council in the Guildhall in Derry where students will also have an opportunity to engage with a range of key stakeholders from both Councils and supporting organisations including LYIT and Ulster University.

The Harvard students are using Brooke Park Gate Lodge as their studio for their stay in Derry.