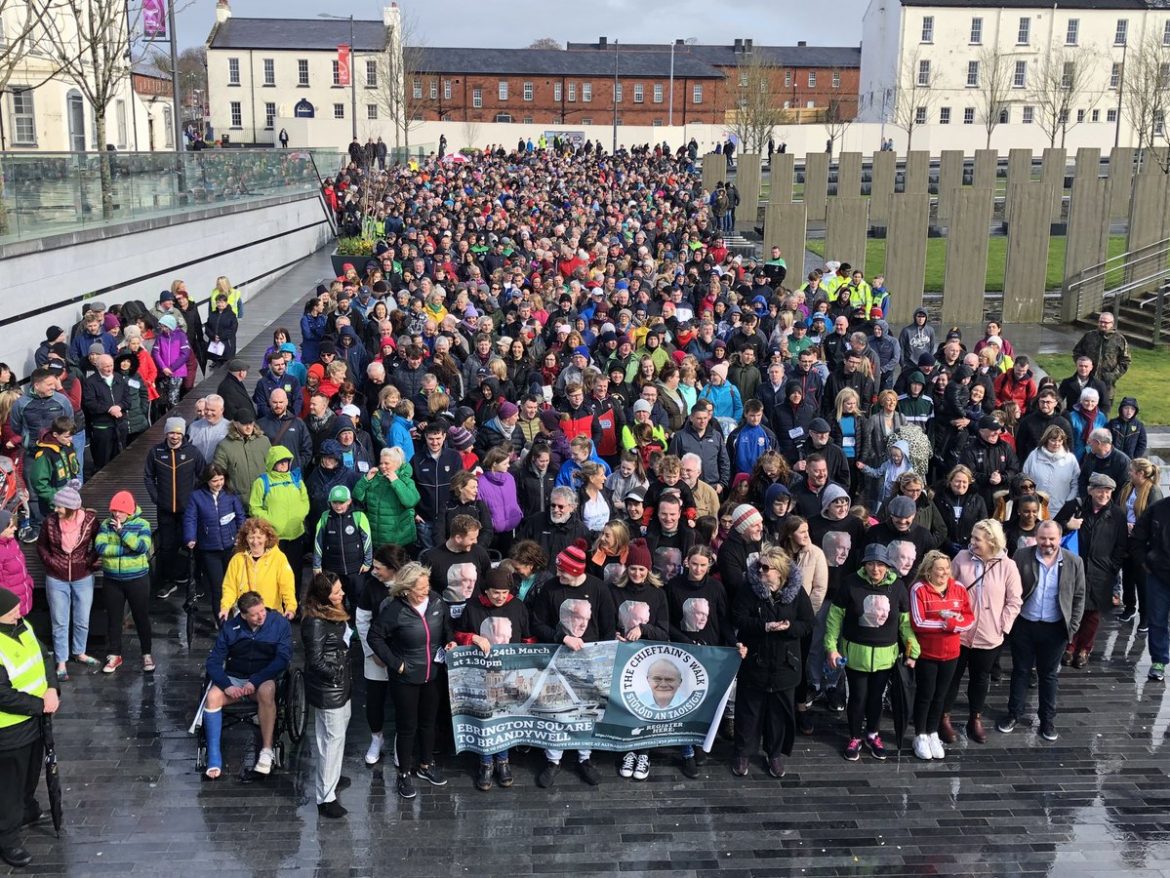 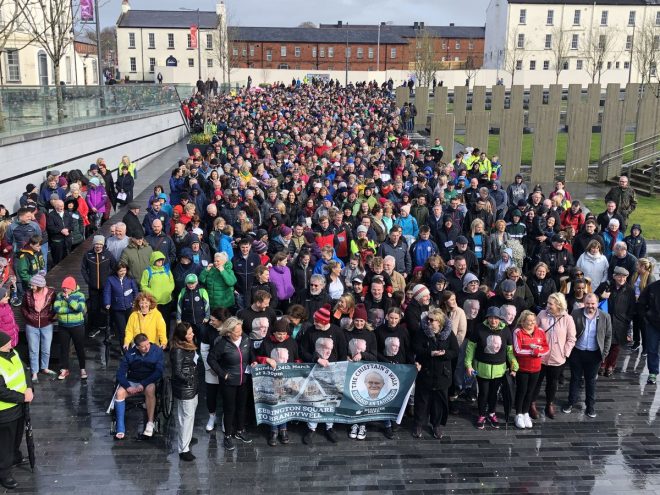 SEVERAL thousand people have come out to support the Chieftain’s Walk in Derry today in memory of Martin McGuinness.

Today, Sunday, March 24, the McGuinness family received another huge turnout in an effort to raise funds for the Foyle Hospice and the intensive care unit at the local Altnagelvin Hospital.

The walk started at Ebrington Square on the Waterside at 1.30 pm and finished beside the Ryan McBride Brandywell Stadium just before 3.30 pm.

Foyle Hospice chief executive Donall Henderson said his organisation was pleased to be chosen along with Altnagelvin’s intensive care unit as a beneficiaries of this year’s Chieftains Walk.

“We’d like to thank the family and organising committee for choosing Foyle Hospice and hope that all participants have an enjoyable day,” he said. 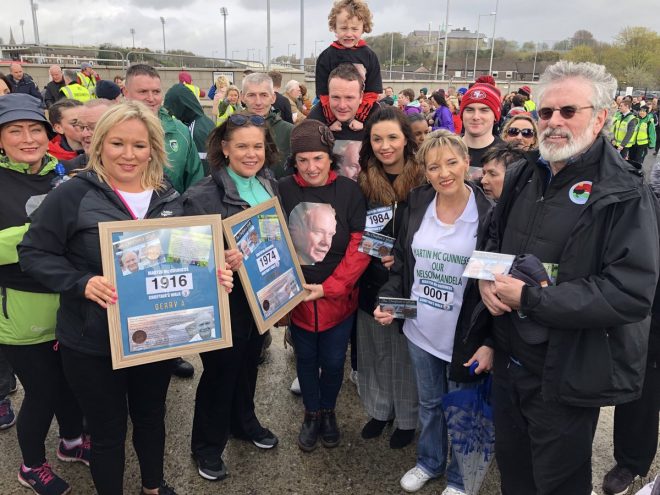