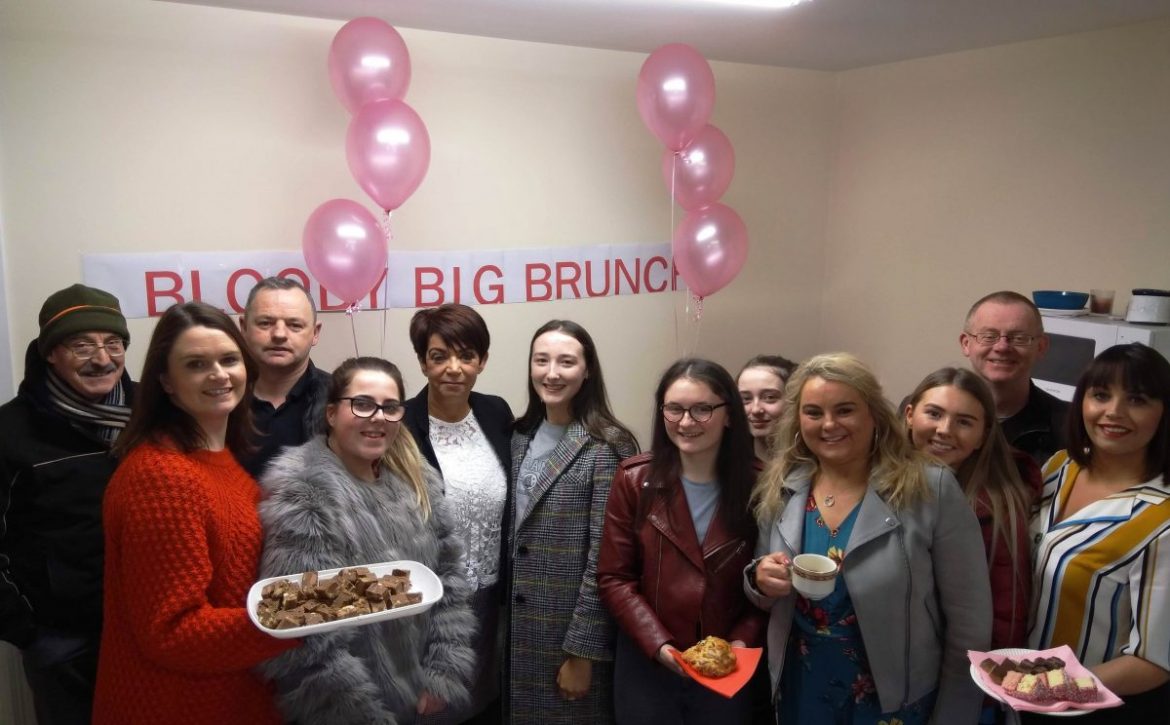 SINN Fein councillor Sandra Duffy has praised those this week who have supported the Period Poverty Campaign in Derry.

She was speaking after a busy week with the Period Poverty Campaign in the city.

“It was a very busy week finished off with a “Bloody Big Brunch” organised by the young women’s committee who are all very passionate about the campaign,” said Cllr Duffy.

“During the week we talked with dozens of people in highlighting the issue of period poverty and I am very pleased the amount of men who are supporting the issue.

“Over a year ago no one was talking about it and now with the “On the Ball” campaign started by three young female Celtic FC supporters it has football clubs large and small, local councils, government departments, businesses all-embracing it.

“I would like to thank everyone who helped out over the past week, those who supported an 80s disco hosted by Transmission DJs in the Gweedore Bar which raised over £500 to help with supplies in local schools.”