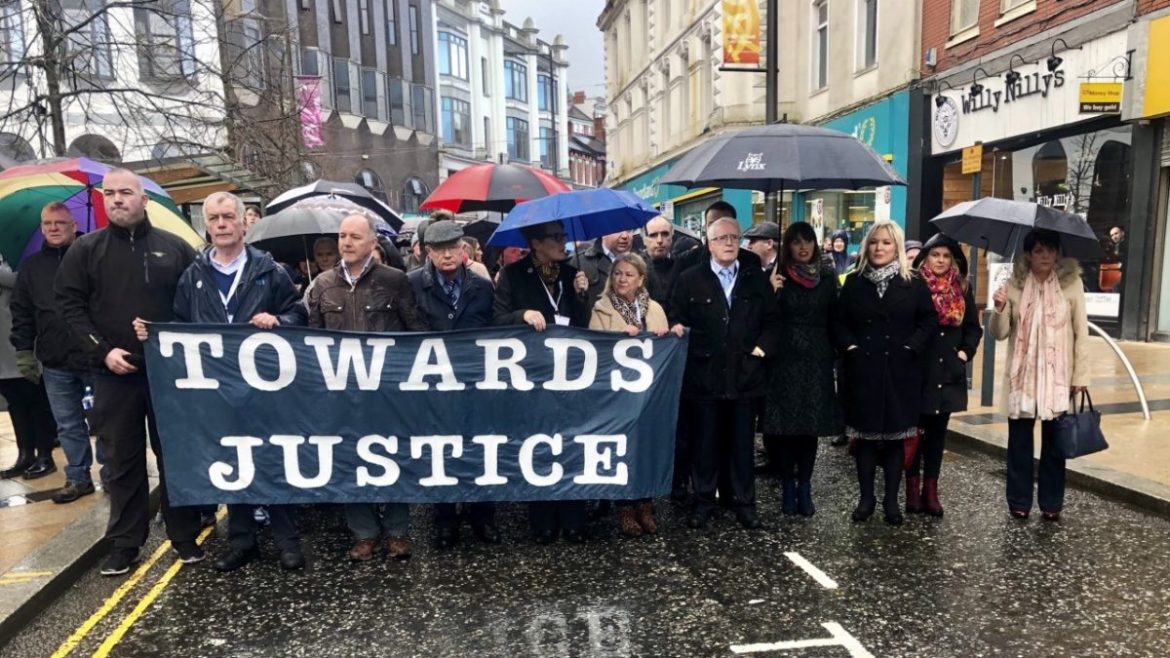 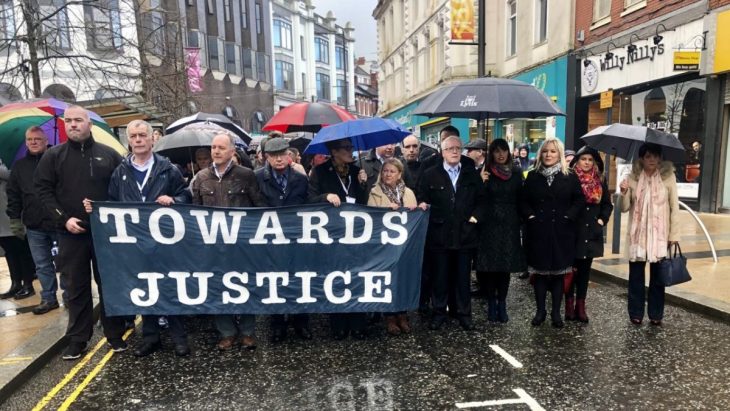 THE decision to prosecute just one ex soldier does not change the fact that Bloody Sunday was a massacre of innocents, Sinn Féin Deputy Leader Michelle O’Neill has said.

Speaking in Derry, the Sinn Féin Vice President said: “On behalf of Sinn Féin I want to pay tribute to the Bloody Sunday families whose long, painful campaign for truth and justice has been a source of inspiration for so many.

“Your determination and your dignity over the past 47 years has been remarkable and Sinn Féin has been proud to stand with you throughout that time.

“It is because of your tireless efforts over many decades that the truth of what happened on Bloody Sunday is now known throughout the world.

“Bloody Sunday was a massacre of innocents. Today’s decision does not change that.

“There is of course huge disappointment that only one former soldier has been charged with two counts of murder and four attempted murders.

“We share that disappointment and the sense of incredulity at this decision, given the clearly established facts about the actions of the British Army on Bloody Sunday.

“But even the fact that one former soldier is to face trial is a significant achievement. I also commend the dignity and solidarity shown by the families today in response to the decision. As they said themselves, justice for one family, is justice for them all.

“We are mindful also that the British military and political establishment of the time have never been held accountable for their role in Bloody Sunday and the subsequent Widgery cover-up. 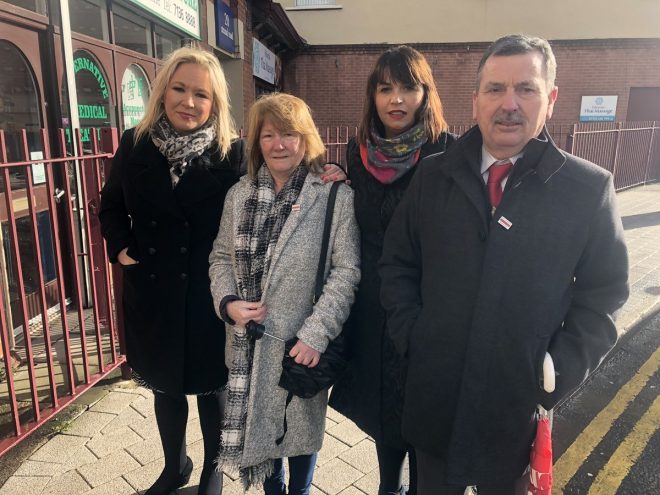 “That is as wrong now as it was then. The British State must be answerable for the crimes it has committed in Ireland. And it is appalling that the British Defence Secretary announced today, in response to this decision, that his Government intends to amend the legacy system to protect former state forces.

“That is typical of a government that continues to cover up its role in the conflict here and still delays the establishment of the Legacy mechanisms agreed in the Stormont House Agreement.

“For now though, this is a day to commend and offer our ongoing solidarity to all the Bloody Sunday families and campaigners.

“Your strength and your remarkable achievements have been a source of hope for so many still fighting for truth and justice. Today is another step forward in your ongoing struggle.”