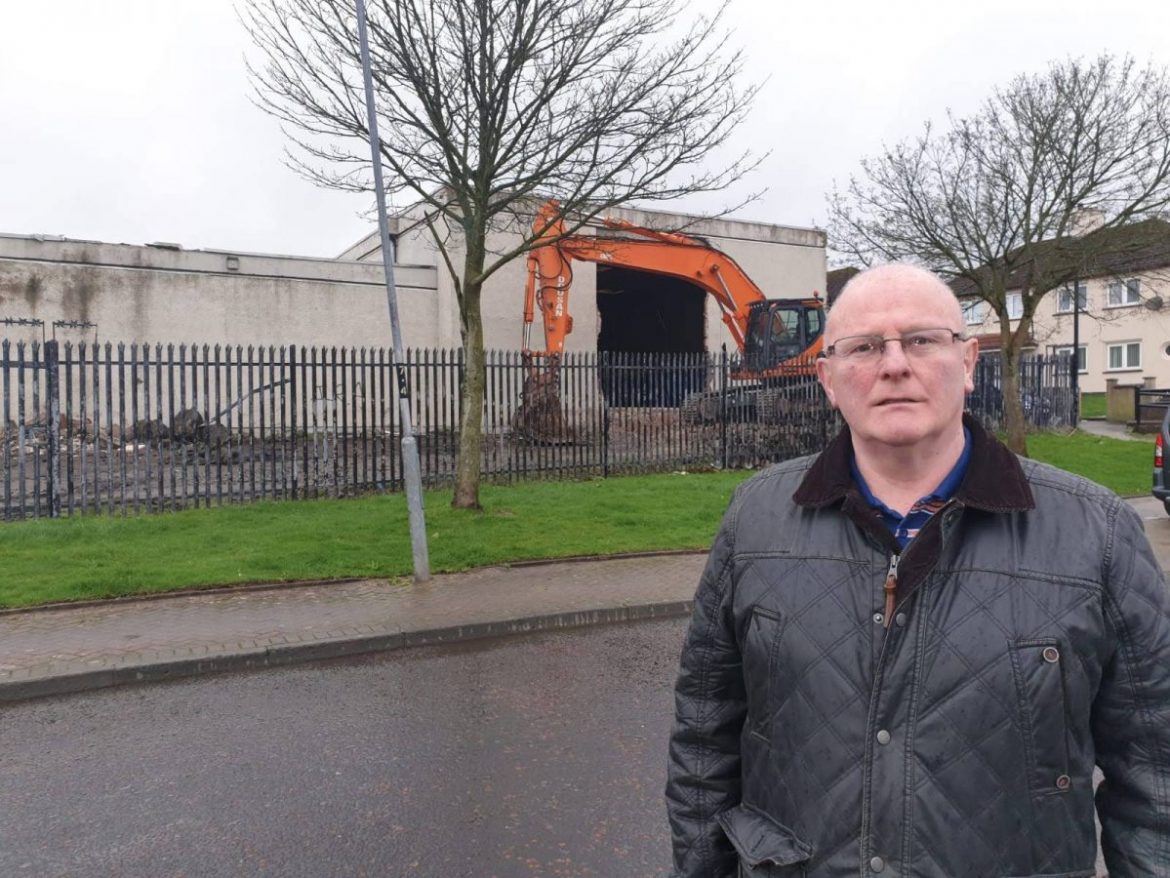 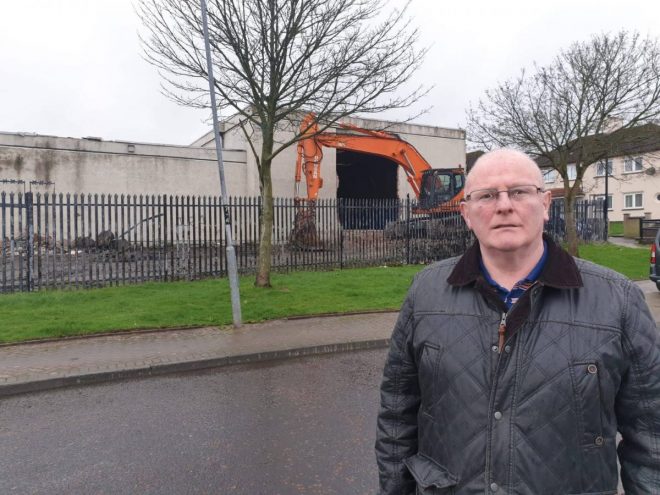 SINN Féin Councillor Kevin Campbell is appealing to parents to be aware of where their children are after residents approached him with concerns after young people have been seen entering the site of the old St Mary’s Youth Club.

The former club is currently being demolished to make way for a new state of the art youth facility.

Councillor Campbell said: “I was contacted by a number of residents who live close to the old St Mary’s Youth Club site on Fanad Drive complaining that young people are entering the site at night with torches looking to see if there is anything of value.

“And they are also involved in anti-community activity in the old building.

“The reality is that this is a building site and anything of value including the likes copper was removed at the start and now the contractor is in the process of demolishing the site.

“This makes it a dangerous site to enter if you are not supposed to be there and not wearing safety equipment.

“We all know the dangers a site like this can present and the last thing we want to see someone getting injured or indeed a fatality.

“I’m appealing to parents and the community in general to be on the lookout for anything or anyone hanging around this building site to contact myself or the wardens.

“I have spoken to the Community Wardens and the Youth Club.

“I will be also talking to the contractors as they have a responsibility about increasing the security whilst this demolition takes place and during construction of the new build.

“Residents want this resolved as quickly as possible and I as a councillor for the area will raise it at every level to ensure this happens,” added Cllr Campbell.