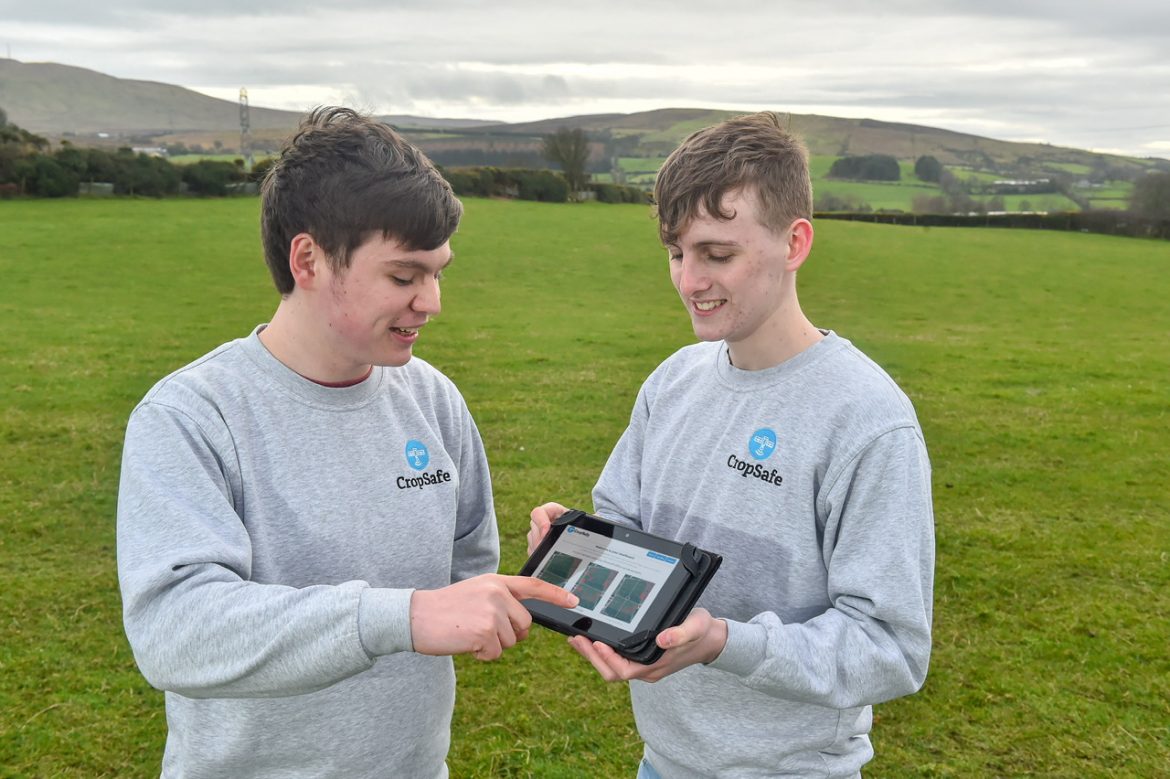 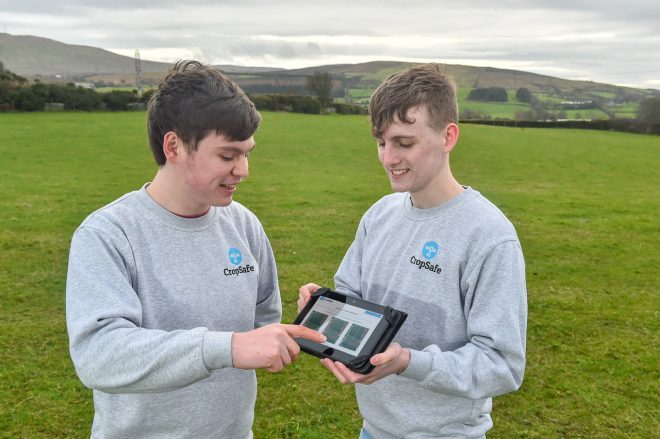 TWO students have created an app that has the potential not only to revolutionise the safeguarding of the global agri-food industry, but also save farmers billions of pounds in lost revenue each year.

CropSafe is a tool that leverages satellite technology to track crops and alert farmers and landowners about the spread of contamination and disease, a problem that is currently responsible for losses of around £5 billion globally – with crops such as wheat, barley and potatoes the hardest hit.

The boys, John McElhone and Micheal McLaughlin both aged 18 and who are pupils at St Mary’s Grammar School, Magherafelt, came up with the concept at tech giant Kainos’ popular coding event for teens, Kainos CodeCamp, and in the early days, they took the opportunity to develop it further through attending a number of different programmes and hackathons hosted by the company.

It has significant advantages over existing crop surveying methods such as drones or pilot operated aircraft; a real time dashboard on a smartphone app allows landowners to clearly see areas needing attention; it removes the planning and delays associated with using drones and aircraft and costing an average of just £20 per acre surveyed, it is also much more affordable.

The boys, who are from agricultural backgrounds, have driven forward the idea based on a strong belief in the business need for CropSafe and its huge potential commercial viability.

Speaking on the duo’s behalf, John McElhone said: “Coming from a rural background, we were well aware of the devastating loss of income to farmers when crops are diseased and contamination is allowed to spread.

“Our solution is to provide farmers with accurate satellite imagery clearly detailing information about the location of disease and its severity, therefore enabling them to quickly take steps to mitigate the problem.

“Last November we were invited along to San Francisco by a number of Silicon Valley Tech gurus, to pitch our app to interested investors.

“Since then we have completed the first working prototype of the app and we already have a waiting list of customers in Ireland, the UK and as far afield as Australia and France, who want to subscribe as soon as product roll-out begins later this year.” 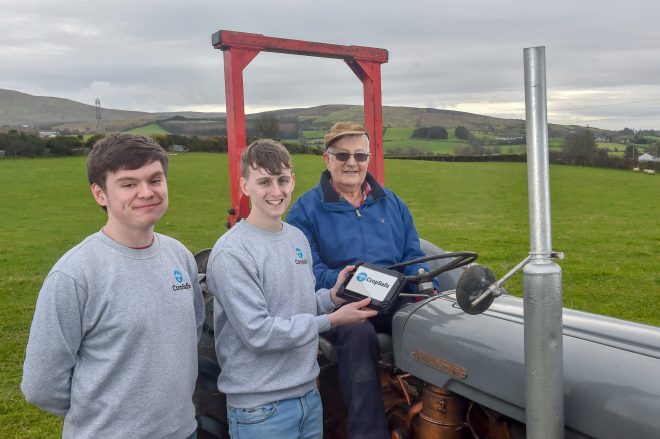 “We’d like to thank Kainos for all their support to help us get to this point; from presentation pitch practice at CodeCamp, inspiring speakers at BelTech EDU and learning how to build a web app on Kainos’ work experience programme.

“Without their support, we wouldn’t have had the opportunity to bring it to a wider audience and pitch for investment, almost certainly we would not be at the point where we’re at today.”

After incubating the idea at Kainos CodeCamp, the team attended BelTech EDU, where they pitched their model to a Dragons’ Den style panel, winning first place and a cash prize of £1,000.

The following month, they pitched the product demo at Google HQ in Dublin and were again awarded first place in the county category and a space on the Angel Hack accelerator programme in Silicon Valley, where the app’s global potential has been recognised and supported.

Gemma Crothers, CSR Manager at Kainos said: “We are delighted to have been a catalyst in bringing this commercially viable app to fruition and congratulate the boys on their considerable success since completing the CodeCamp programme.

“It’s what the Kainos Academy, which includes CodeCamp, is all about. It offers young people a very unique opportunity; giving both technical guidance and helping to nurture their entrepreneurial spirit with practical business advice,” she added. 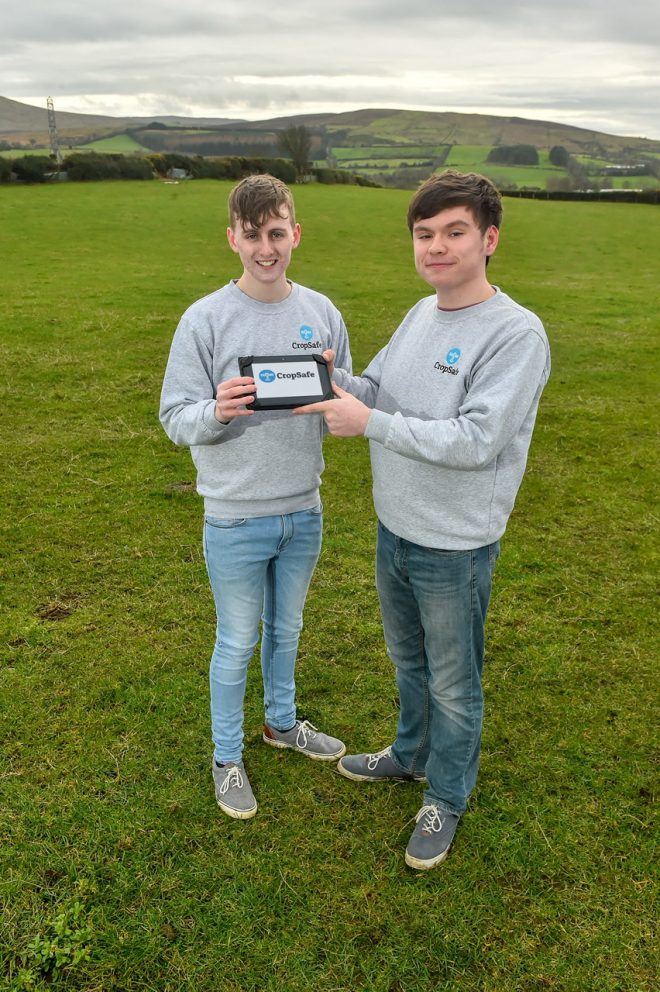