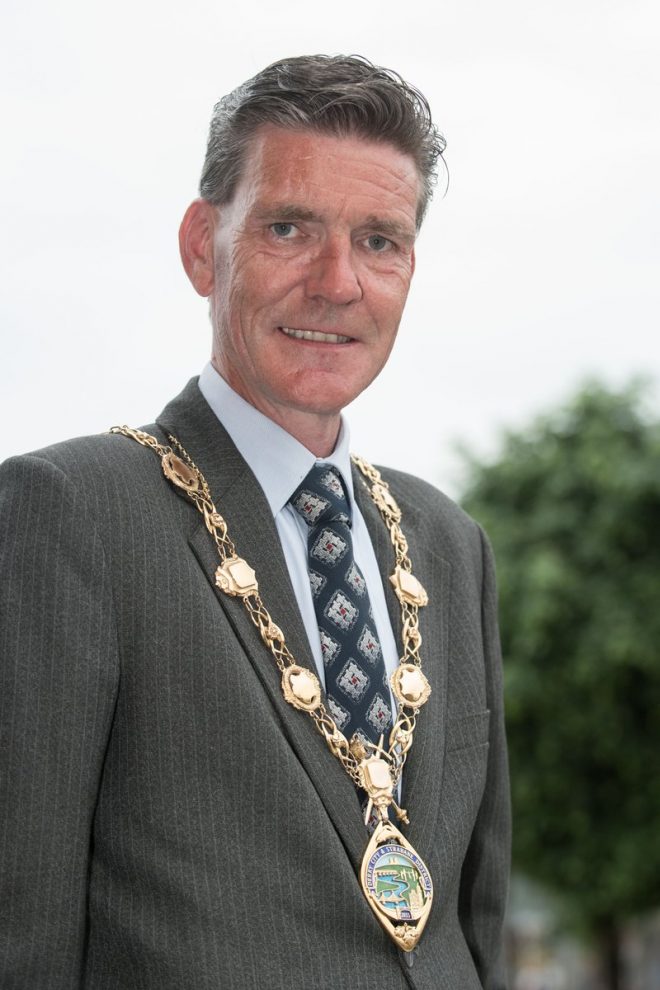 MAYOR of Derry City and Strabane District Council Cllr John Boyle has welcomed the announcement today by global manufacturer Terex to invest £12m in Campsie and create up to 100 new jobs in the region.

Speaking following the announcement made earlier this morning, the Mayor said this was a major good news story for the city and district and a substantial financial commitment and vote of confidence for the City and wider North West region.

He said: “This is a fantastic news for the city region and further evidence of our city’s offering in terms of skills base and investment proposition.

“These are high quality jobs that reflect the commitment of Terex to the region and its confidence in the city as a good place to do business.

“Terex is a major global player in materials processing equipment and their investment in the North West is hugely significant in helping to promote the region, developing our economy and creating new jobs and opportunities for all our citizens.

“The Council is committed to working with Terex and Invest NI as well as other stakeholders to support business growth and to promote Derry City and Strabane District is to the forefront in terms of attracting foreign direct investment.

“Today’s announcement will not only bring employment but also demonstrates the company’s confidence in the city and region as a competitive and innovative place to do business,” he added.

Kieran Hegarty, Segment President, Terex Materials Processing said: “This major investment by Terex demonstrates a long-term commitment to Northern Ireland and recognises the importance of the region as a manufacturing location for our global company.

“We look forward to the new facility and recruits supporting our ongoing growth and development as we seek to build on the momentum of increased demand for our products globally.”