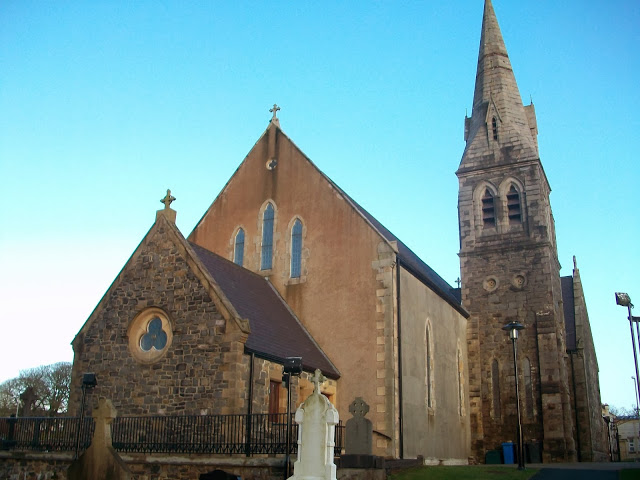 POLICE are on the trail of two thugs who stormed a Catholic church in the Diocese of Derry and raided a charity box of its cash.

“They forced open a charity box taking the contents and tried to take money from another.

“The second suspect is described as being of a slighter build, fairer haired and wore grey jogging bottoms, a black jacket with a grey hood, possible from a hooded top underneath.

“If anyone has information that might lead to the identity of those involved can you please contact 101 quoting ref 1127 of 24/02.

“We are currently reviewing CCTV and other lines of enquiry.

“This money was for those in need.

“It would be best for those who done this despicable act to come forward otherwise the only thing they will need is a really good solicitor!”