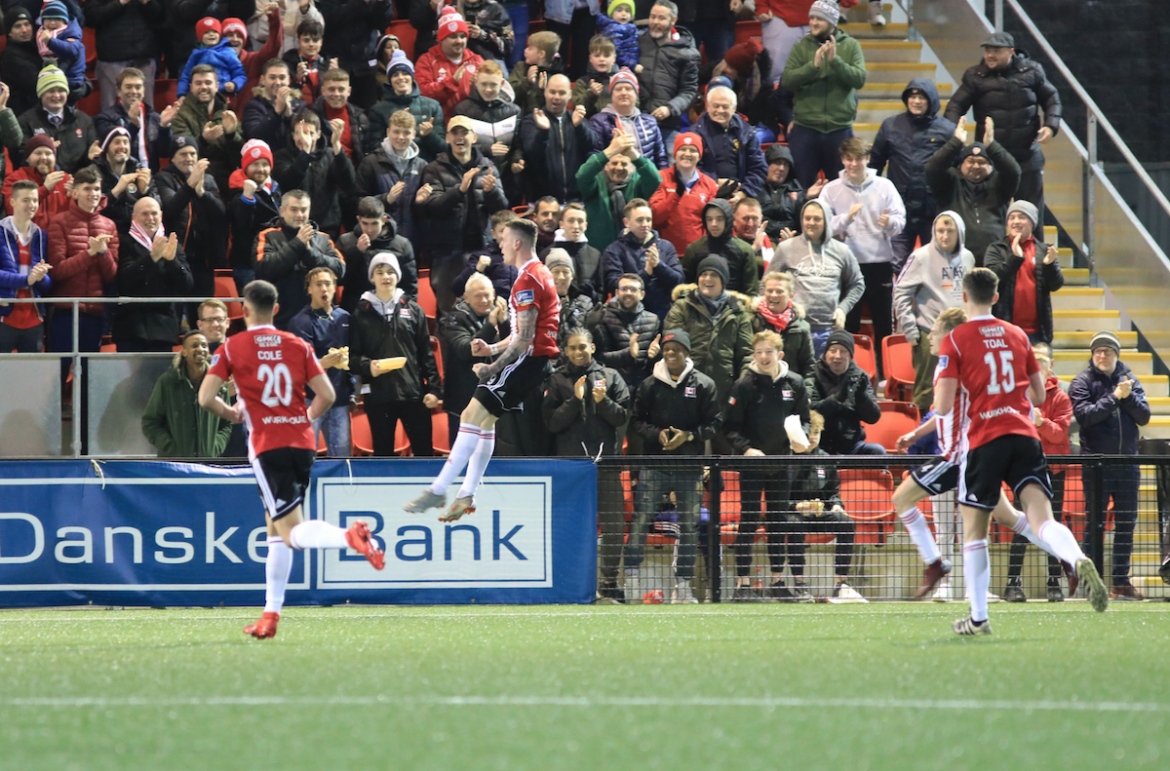 Derry City, The Ryan McBride Brandywell Stadium: a team and a venue which conspired to create a moment Declan Devine and company could hardly forget.

David Parkhouse first-half strike followed by an own goal from Josh Collins and an Eoghan Stokes blow in the second half was enough to seal Declan Devine’s first win as Derry City manager in his second coming.

UCD struggled to get a foothold into the game in the opening quarter as Derry City kept a high line, but the visitors almost snatched the lead after three minutes.

Darren Cole was caught resting on his laurels as Neil Farrugia stole possession on the edge of the 18-yard-box with Timm Molloy getting on the end of an inviting ball only for Josh Kerr to clear the danger.

Cole was caught again after 16 minutes when Gary O’Neill intercepted a poor pass from the Derry defender but, he failed to capitalise on Cole’s second mistake of the night.

Parkhouse hardly had a sniff in the opening 20 minutes but the centre-forward made no mistake after 21 minutes when Ciaron Harkin put it on a plate for the powerful 19-year-old.

An excellent move started off by Junior Ogedi-Uzokwe, who swept Harkin into the 18-yard-box, flicking the ball forward before Parkhouse got on the end of an engaging low-cross to open the scoring – ecstasy for the Derry faithful.

Parkhouse then had a golden chance to double Derry’s lead from McClean’s through ball, but his leaping effort dwindled inches past the far post as Conor Kearn’s stood idle.

The influential combination of Stokes and Ogedi-Uzokwe were teaching the UCD midfield a lesson in the opening 45 minutes, with Parkhouse and Uzokwe both having reputable chances before the interval.

At the start of the second half, City unlocked the UCD defence again and Parkhouse pounce onto the end of a thunderbolt shot towards Kearns, who managed to get down to connect a strong arm before parrying another Parkhouse effort away from goal.

UCD did have an effort of their own scamper past Peter Cheerie’s near post after 57 minutes.

However, any anxieties Devine may have harboured about his team switching off were soothed in the 60th minute.

With Stokes playing a deft pass into space for Parkhouse, Kearns was quick of his line, but he didn’t clear the danger.

The goalkeeper was schooled by Eoghan Stokes who fired an audacious gauntlet at the UCD goals – Josh Collins was on the retreat and it looked like he might just clear the danger, but one fatal hesitation cost the defender as he nodded into his own goal to double City’s advantage.

The nerves eased and the noise got louder on Foyleside and City began to turn on the style.

The Creggan Candystripe, Harkin, an anchor in midfield all evening, showcased his pristine passing ability when he unleashed the relentless Stokes after 66 minutes. 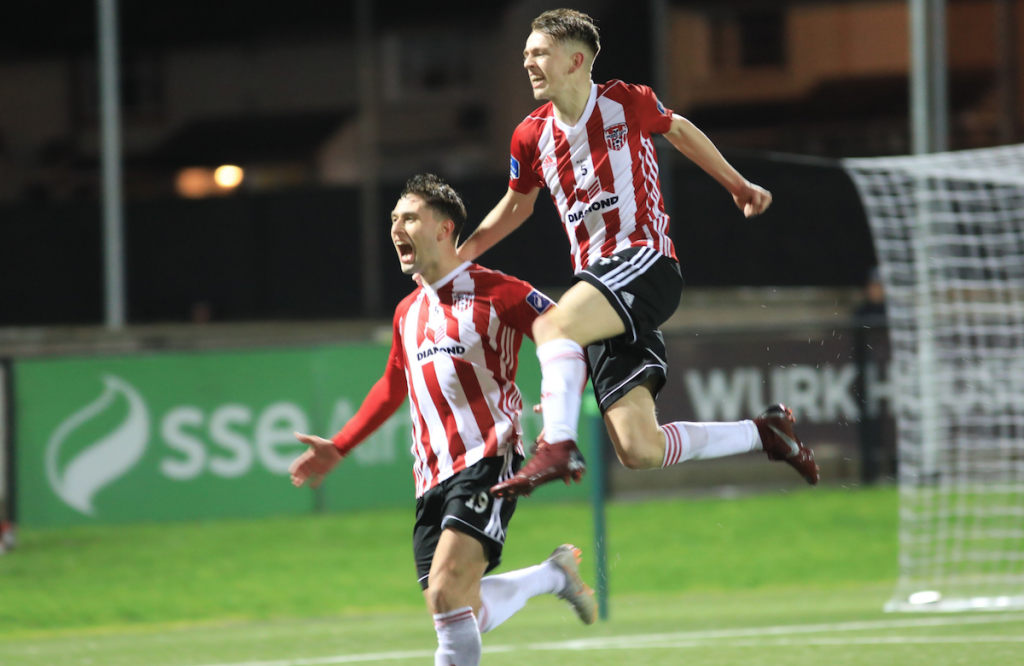 The former Bohemians midfielder added an extra layer of gloss to his performance, which shortly ended thereafter, with a goal of his own.

Fizzing a hoist a cross into the area Aidy Delap couldn’t divert his shot beyond Kearns after 89 minutes – a golden chance wasted for the Donegal man.

However, he showed his worth when he saved Derry City’s clean sheet in injury time, clearing the danger following Farrugia’s excellent work in the City penalty area.

Derry ‘Devine’ against UCD as they teach the Students a lesson on Foyleside was last modified: February 21st, 2019 by Shaun Keenan