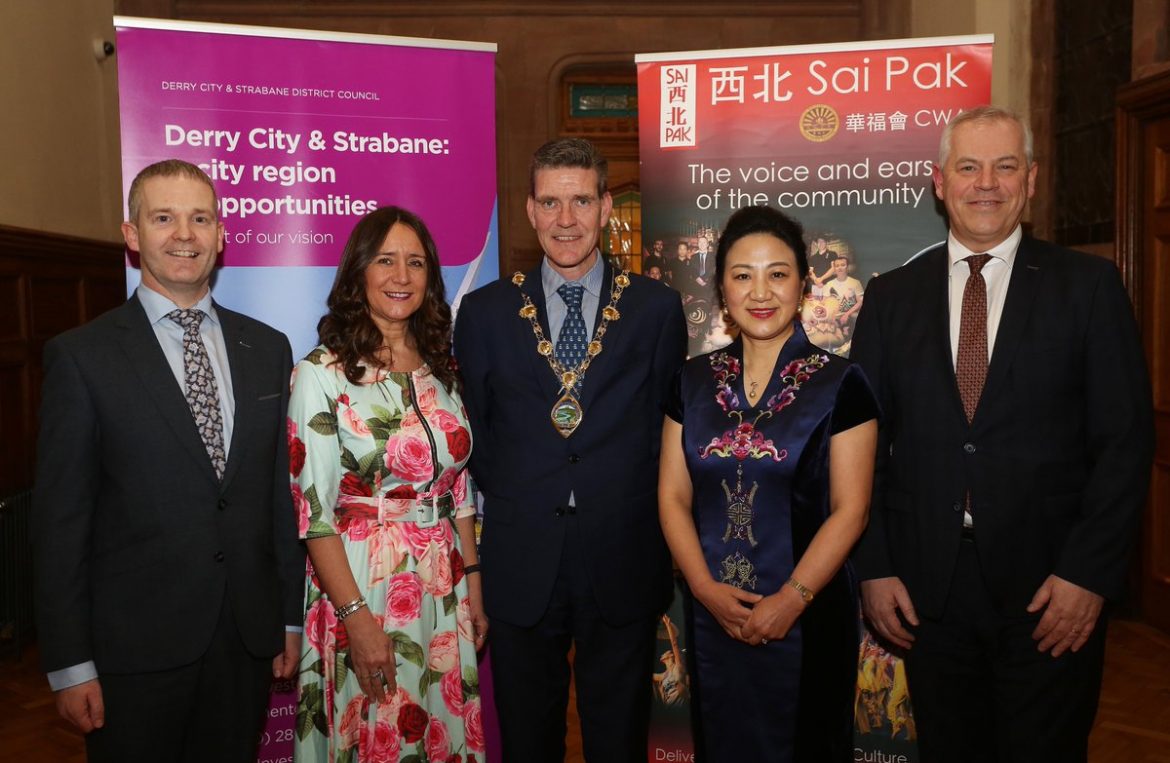 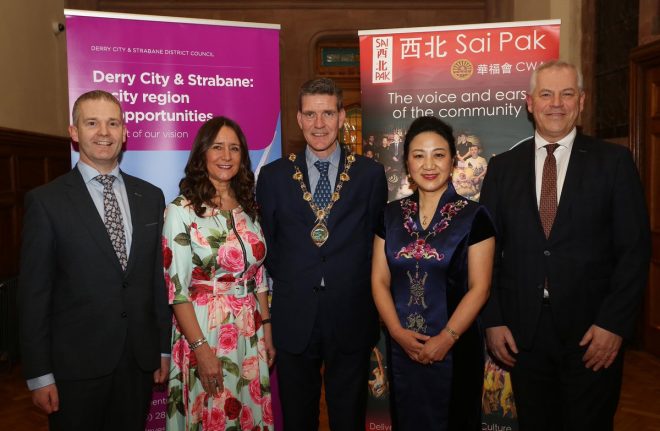 THE Mayor of Derry City and Strabane District, Councillor John Boyle, this week welcomed the Chinese Consul General to the city for a colourful celebration of the Chinese New Year.

A series of events took place at venues across Derry showcasing elements of traditional Chinese culture including a Chinese dragon dance performance, music and cuisine, led by the Sai Pak Community Association.

The events concluded with a special celebration of the New Year in the Guildhall hosted by the Mayor and the local Chinese Community.

This was the first visit to the city by the newly appointed Consul General Zhang Meifang, who took up her role in December.

Welcoming Madame Zhang to the City, Mayor Boyle said the Chinese New Year festivities presented an opportunity to celebrate the developing relationship between N. Ireland and China and engage with our local Chinese community and students.

“I was honoured to be invited to visit China myself in October as part of a NI delegation visit to Dalian City for the UK-China Regional Leaders Summit, and to have the opportunity to learn more about the wonderful culture of the country,” he said.

“As a region we have many shared interests with China, particularly in terms of tourism, business, technology and education, which has resulted in a Friendly Co-operative City Agreement which Council signed last year to formally acknowledge this strong working relationship.

“Links with the East are hugely important in assisting us expand our business, tourism and education connections, in tandem with the ongoing work to develop partnerships in the US.

“These international networks will be pivotal in raising the profile of the region in keeping with the ambitions set out in our Strategic Growth Plan, and encourage foreign direct investment interest in our vibrant and dynamic region.” 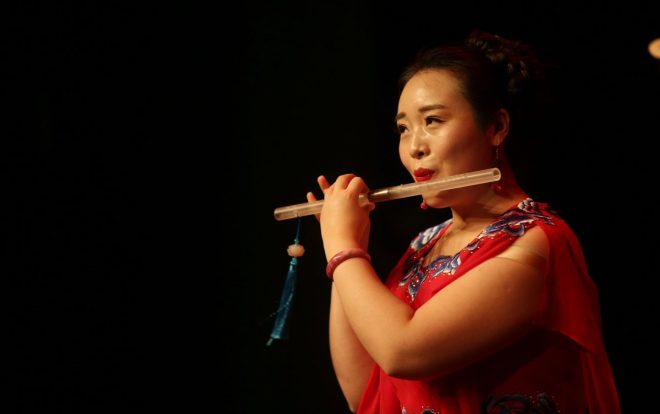 During the visit the Mayor held a private meeting with the Consul General before Madame Zhang and the group also enjoyed a tour of the city’s historic Walls before the traditional New Year celebrations took place in the Guildhall.

Speaking after the event, Head of Business with Derry and Strabane District Council, Kevin O’Connor said: “It was an honour that Madame Zhang joined us here in the city for the New Year celebrations.

“It was also an opportunity for us to discuss the ongoing collaborations with Dalian City which we expect to yield new opportunities for trade and investment as well as developing global business and education connections.

The Sai Pak Chinese Community Association helped organise events around the celebration, and welcoming the Consul General to the city, Nikki Linfung Yau from the group said:

“We would like to thank the Mayor of Derry City and Strabane District, Councillor John Boyle, for hosting the Chinese New Year ​Dinner in the Guildhall and inviting our new Consul General Zhang Meifang, and also the local Chinese Community to celebrate the Chinese New Year.

“As the collaboration with Dalian City continues we are delighted that we can showcase the Chinese Culture and Traditions in Derry City and Strabane District.”

A delegation from The Executive Office attended the celebration in the Guildhall and addressed the audience to express their support for the event and commend the local Chinese Community for their contribution to its success. 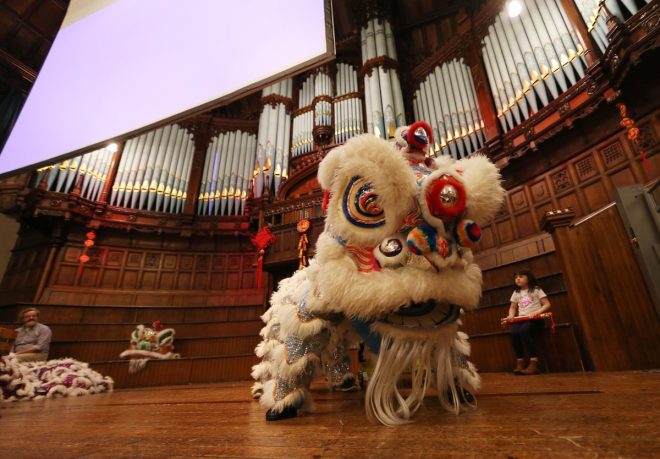