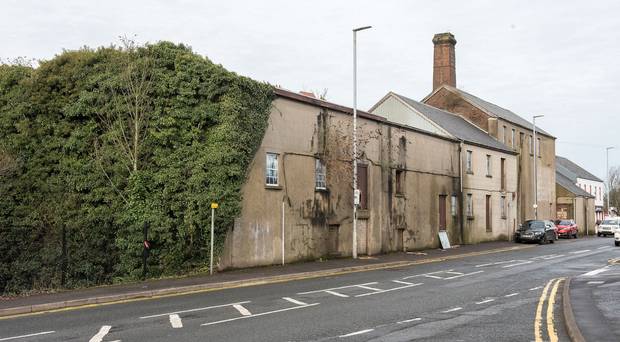 Council to contact owner of derelict mill after arson attack

The derelict Smyth’s Mill on the Derry Road in Strabane

OFFICIALS from Derry City and Strabane District Council are to contact the owner of a derelict mill which was targeted on Sunday night in an arson attack.

The council inspected the site at Smyth’s Mill on the Derry Road in Strabane on Monday.

Building Control and Environmental Health officers are now to contact the mill owner to have the site secure to prevent any further trespass by youths.

It is not the first time the mill, which opened in the 1880s and gave employment to over 150 people, has been targeted.

The large structure has lain vacant since 1986 and has fallen into a state of major disrepair.

The derelict site has become a magnet for anti-social behaviour and those hell bent on starting fires, putting the lives of the local community and fire fighters at risk.