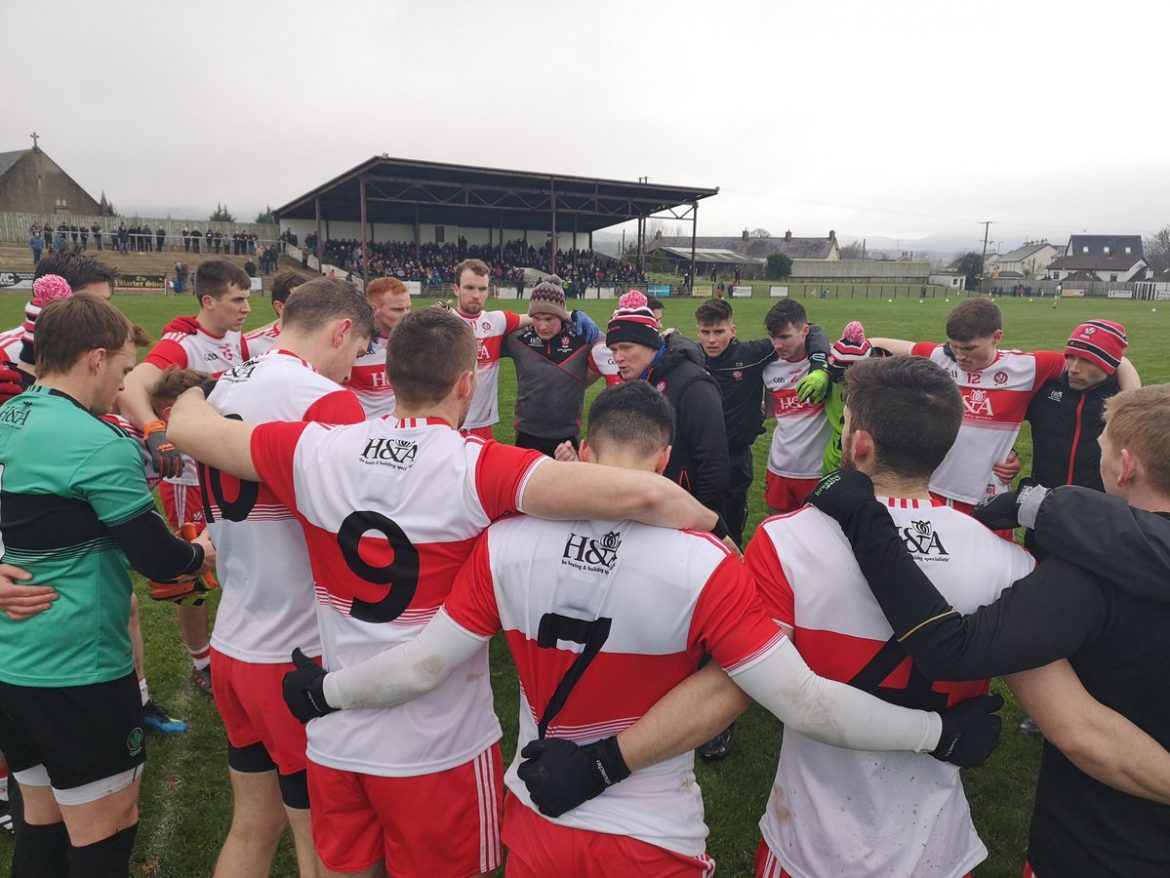 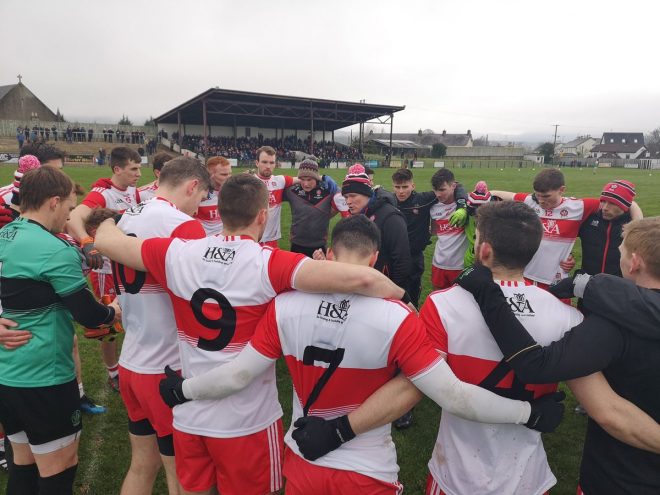 DERRY maintained their 100 per cent record in Division Four as they beat Waterford 2-12 to 1-8 at Fraher Field despite finishing the game with 13 players.

Sean Whelan Barrett’s goal gave Waterford an early lead but Shane McGuigan netted just before the break to level at 1-5 to 1-5.

Derry led 1-9 to 1-8 after 62 minutes when Jason Rocks and Conor McAtamney were sent off in quick succession.

When the scores were level at 1-7 to 1-7, Barrett had a glorious chance for a second goal but he blazed over the bar and Derry profited from the let-off in the closing stages despite their two dismissals.