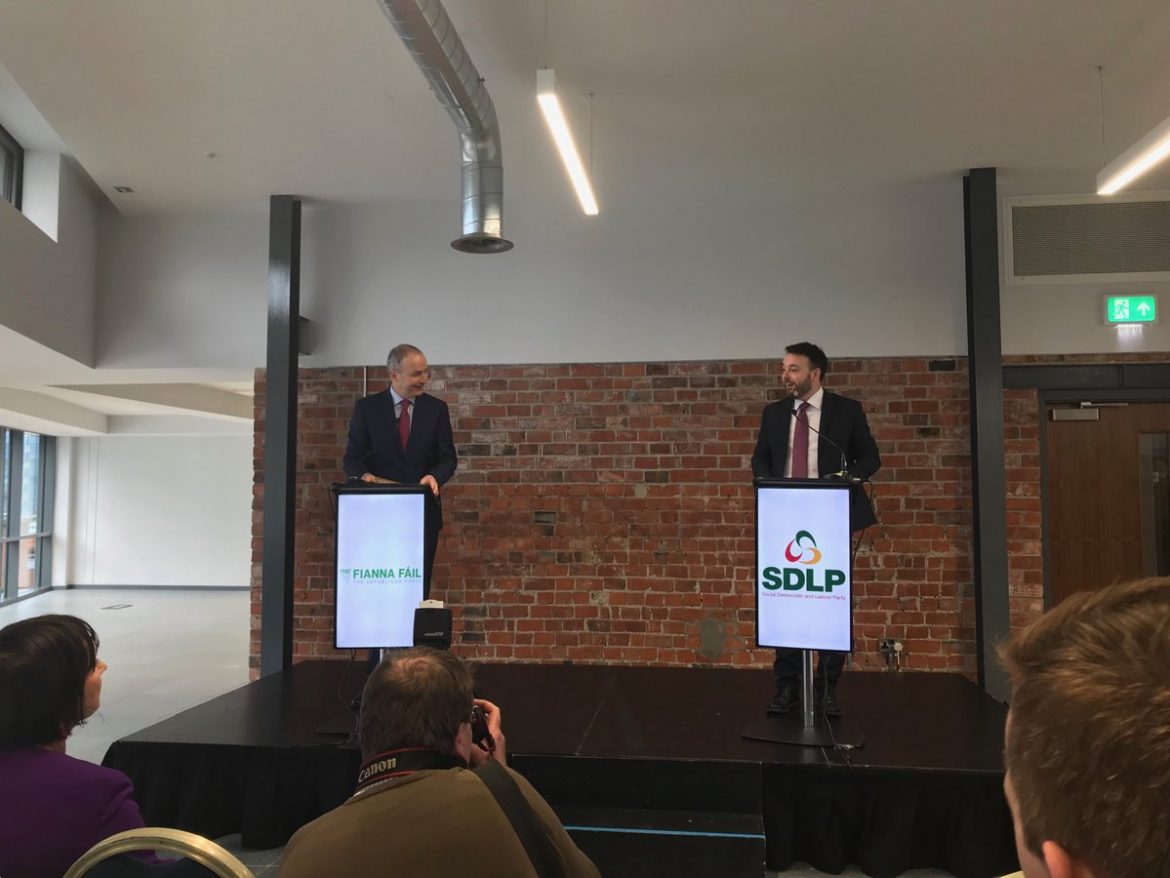 Eastwood confident SDLP members will back partnership with Fianna Fail THE SDLP name and brand will not disappear if members back a new partnership with Fianna Fáil at a special conference later today, party leader Colum Eastwood has said.

Members will vote on the proposed arrangement during a meeting in Newry.

An alternative proposal to broaden the arrangement to include Fine Gael and Labour will be tabled by members who oppose the plan.

Senior SDLP MLA Claire Hanna has said she will back the alternative motion.

Ms Hanna, the party’s Brexit spokesperson, said that she had a problem with the “exclusivity” of the arrangement and added she would never be a Fianna Fáil MLA.

However, Mr Eastwood has maintained the proposal will not lead to a merger in which the SDLP name and identity disappear.

He said he is confident a majority will back his plan.

“What we’re talking about is a partnership to work together to meet the big challenges of the day.

“Brexit has changed the world and if the SDLP are serious about being a player in the future, we have to change too.”