A dissident republican is facing up to 15 years in prison after he was found guilty today over a plot to murder a policeman with an undercar booby trap bomb.

He was convicted of having an under-vehicle improvised explosive device.

The judge said it was a “well thought out, planned terrorist plot” against a police officer.

He said the device was “an elaborate one, carefully constructed to ensure maximum damage”.

The judge said he was sure the device was intended to kill anyone who was unfortunate enough to get inside the car and drive it.

He added that he was “satisfied beyond reasonable doubt” that McVeigh had been the person who planted the device.

McVeigh had refused to give evidence at his own trial last August at Belfast Crown Court and the judge said he was drawing an inference from his refusal to testify.

The owners of the house at Glenrandel – a husband and wife who were both serving PSNI officers at the time – were asleep when the dissident terrorists struck.

The woman – who has since retired – woke from her sleep and looked out of the bedroom window and saw a man crouched down at the front driver’s side of the vehicle and putting something underneath. 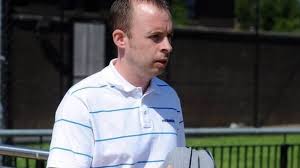 She said she rapped hard on the window and the bomber fled into a waiting dark coloured Volkswagen Passat waiting down the street.

The car sped away and was joined by a Toyota Versa and both vehicles then bolted to the border and into Donegal.

McVeigh and two others were later stopped in Killygordon by a Garda Regional Response Unit.

He was remanded in custody to Maghaberry prison and will be sentenced at a later date.

Under sentencing guidelines, attempted murder is regarded as a serious offence and carries a maximum sentence of life imprisonment.

In McVeigh’s case the aggravating factors include that he was convicted after a trial and his intention was to kill a police officer in Eglinton with the deadly under car device.

The sentencing judge could take his starting point of 15 year, with a sentencing range of between 12 to 20 years depending the level of culpability of the defendant.