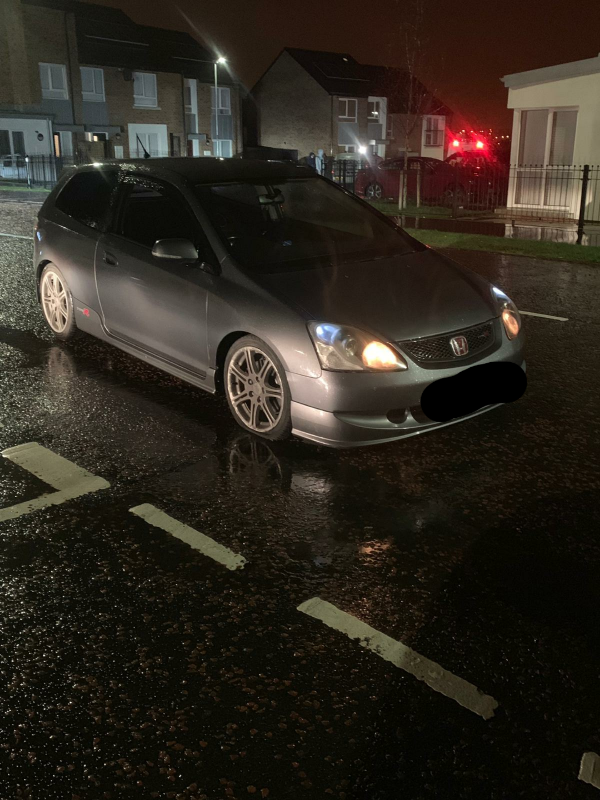 POLICE are on the trail of the driver of this stolen Honda Type R hot hatch car who failed to stop for officers in Derry last night.

The driver repeatedly crossed the border into Donegal to evade capture by police and Garda officers who had mounted checkpoints to stop motorist.

The PSNI are now appealing for help in tracing the driver to bring to court for a range of offences.

PSNI Foyle say on its Facebook page: “Last night the car in the picture above made off from police on the Racecourse Road at around 10 45pm.

“For the next hour it drove back and forth over the border at high speed.

“Working with our colleagues in An Garda Síochána, we set up a number of check points to try to stop this car.

“There was a lot of interest about this car on social media at the time and there were a number of drivers who stopped with us to tell us where they had seen the car.

“We’d like to thank everyone who did. Thanks to the real time information we got, we were able to get this vehicle stopped using a stinger on the Racecourse Road and end the madness.

“The vehicle travelled to Clon Elagh where it was abandoned and the driver made off at around midnight.

“I kept up with the social media at the time. I read one post where the author was community minded enough to state that they were not going to post where our check points were. I read a number of posts where people did.

“Please think about what you’re doing when posting that information on social media. By all accounts, that driver could have killed someone tonight.

“Telling him where we were only benefited him. Every second counts in moments like these.

“If you know who was driving this vehicle last night, if you saw where he ran to or if you know where he’s staying right now, call police on 101 quoting incident number 1415 of 06/02/19.

“Let’s make sure we keep drivers like this off our roads.”